Genius have this week announced a new addition to their range in the form of the Genius GX Gaming SP-i250G portable gaming speakers. Which have been designed to provide you with 360 degree sound.

The Genius GX Gaming SP-i250G are fitted with omnidirectional 40mm neodymium speakers and are capable of pumping out low bass together with haunting mid and high tones with 6 watts of power, say Genius. 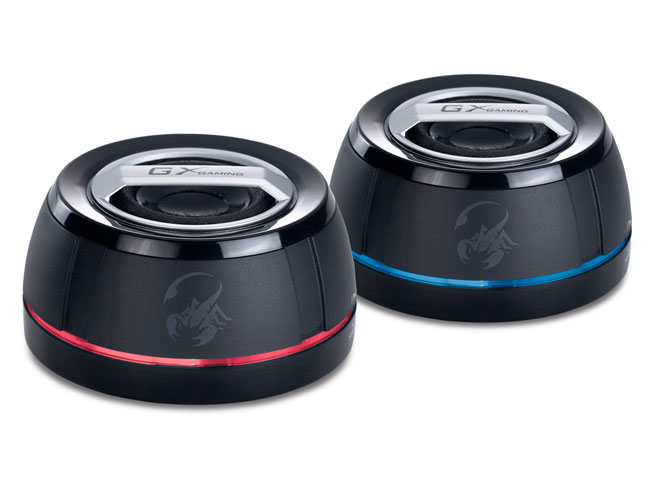 The GX Gaming SP-i250G are also fitted with an LED ring in the centre of each speaker which changes colour as music is played through the speakers. They are also fitted with a built-in lithium battery providing eight hours of operation which can be quickly recharged using a USB port connection.

Unfortunately no information on pricing or worldwide availability has been released as yet, but they are listed to “arrive soon” on the Genius website.