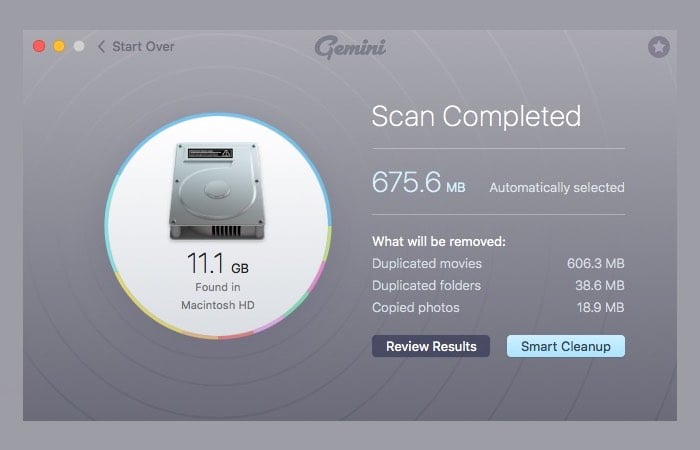 Apple Mac owners that have smaller solid state drives (SSD) that can quickly fill up with unwanted files maybe interested in a new version of the awesome Gemini duplicate file finder app, aptly named Gemini 2 is now available at a reduced price offering 50 percent the normal price for a limited time.

Gemini 2 enables users to easily detect duplicates, spot similar files and wipe those space wasters away with “laser precision” say the applications developers. Check out a full list of its features below.

Leaves No Duplicates Behind

– Finds files that are almost (but not quite) identical NEW!
– Locates similar pics in Photos: retakes or just lookalikes NEW!
– Finds similars in iTunes: files that differ by bit rate, format, or length NEW!

– Tells copies from originals, based on 10+ parameters
– Spots the differences between files and points them out NEW!
– Remembers how you pick files for removal and starts doing the same NEW!

– Moves files to the Trash and lets you restore them, if needed NEW!
– Or, deletes duplicate files right away — if you so choose
– Lets you move duplicates to a separate folder or onto a USB drive NEW!
– Can replace copies with hardlinks to save you space without deleting the files NEW!

Has a Stellar Interface

– Is sleek, carefully crafted, and super simple
– Lets you remove duplicate files in 3 clicks NEW!
– Has built-in file preview, even for music and video
– Visualizes the differences between similar and duplicate files NEW!

Jump over to the Mac App Store for more details and to purchase Gemini 2 now at 50% off.