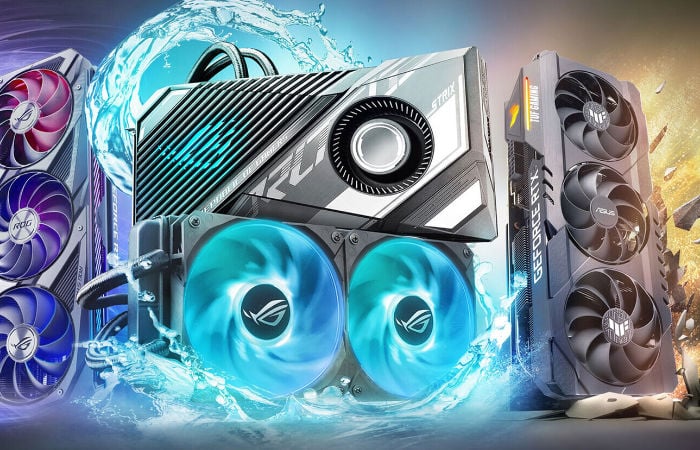 “Ampere graphics cards deliver a large performance-per-watt improvement compared to their predecessors. To fully exploit these improvements, they can draw more power overall. The massive ROG Strix heatsink and a carefully designed PCB allow us to support that improved performance with large amounts of raw electrical power.

The ROG Strix GeForce RTX 3080 Ti and ROG Strix GeForce RTX 3070 Ti boast all of our latest refinements and innovations in air cooling. A massive 2.9-slot heatsink comes wrapped in an aggressively angular shroud with a full-length addressable RGB LED array on the left edge for a look that’s undeniably fresh yet unmistakably ROG.”