The makers of the awesome Geek Out audio adapter that was launched cover on the Kickstarter crowd funding website, have now returned with a new product called Geek Pulse with has an audiophile-grade DAC inside.

The Geek Pulse is a desktop version of the Geek Out devices, which has been requested by many backers of the original Geek Out device. The new Geek Pulse desktop version has also taken on board user feedback and has already blasted past its $38,000 funding goal.Raising a massive $750,000 with still 12 days left to run the crowd funding project. To learn more about the new Geek Pulse desktop device watch the video after the jump to hear its inventor talk you through the innovative design and technology. 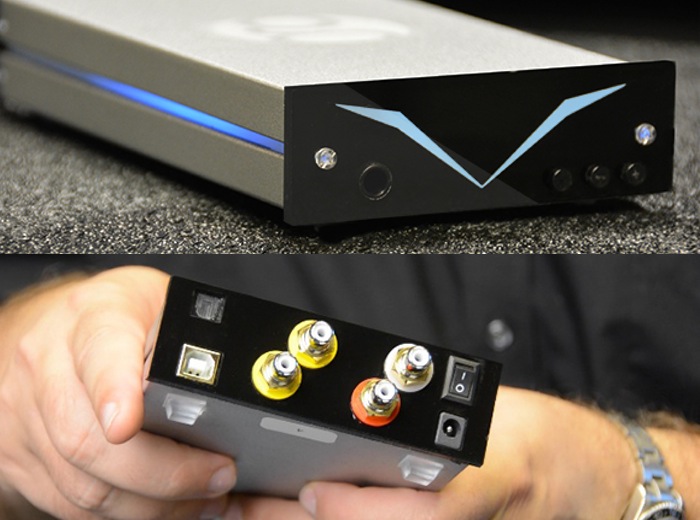 “It’s happened to all of us at one time or another. That moment when, seemingly out of the blue, we get caught up in a song so much that we lose all sense of our surroundings. It’s human nature. Scientists have been trying to figure out why listening to music feels so good. But does it really matter why? It makes us feel good, so let’s keep doing it.

A chasm has been growing between two groups of people: the so-called “audiophiles” and the rest of the music loving world. You see, since the invention of the compact disc we have collectively decided that convenience is more important to us than quality. Audiophiles have been wringing their hands attempting, often times in vain, to convince the rest of the world that it’s possible to have a “live performance” quality experience each time we listen to music— just not with a CD or MP3. The world has largely ignored audiophiles, probably because of a lack of experience with a truly high-definition audio system, or, more likely, because it’s hard to justify spending tens of thousands of dollars on bulky stereo equipment.

But what if everybody could experience what audiophiles have been trying to convince us of without sacrificing convenience or so much of our hard-earned money? If just listening to music makes you feel so good, can listening to high-definition music make you feel even better?”