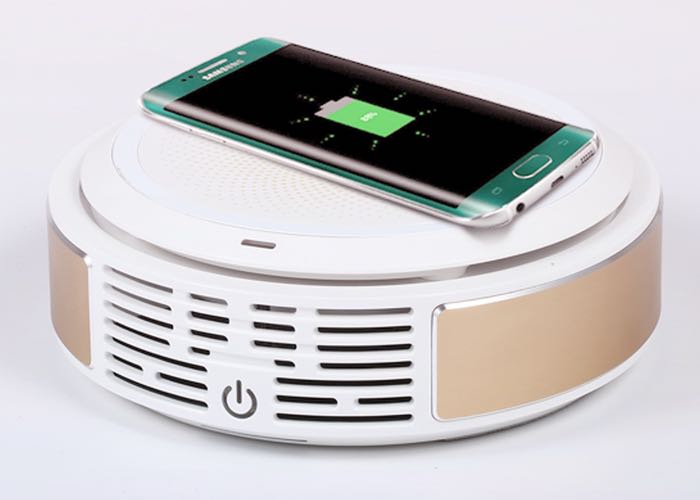 Gbreeze have unveiled a new dual purpose desktop gadget they have created which provides both a wireless charger for your smartphone as well as a smart air cleaner to purify the air around your desk or within your car.

If you are worried about pollutants within your vicinity whilst working for at home then the Gbreeze intelligent air purifier might be the perfect addition to your desktop environment.

The device is Qi compatible and is equipped with three coils to provide a constant wireless charge when smartphone is placed on top. Watch the video below to learn more about the Gbreeze wireless charger and its functions.

The Gbreeze is compatible with both Android and iOS devices although for new iOS smartphones such as the iPhone 6 and iPhone 6 Plus you will require the Qi receiver jacket. Android smartphones that are already equipped with Qi wireless charging technology include the Google Nexus 4, 5, 7 and 10 as well as a variety of HTC, Nokia and LG phones to name just a few.

For more information on the new Gbreeze jump over to the Kickstarter website for details via the link below and make a pledge from $149 to be one of the very first to own one.