Gamestop has announced the extras it will be giving to gamers who pre-order any versions of the game Call of Duty Ghosts. The video game will launch in November and if you pre-order at Gamestop you will get an exclusive multiple player character. 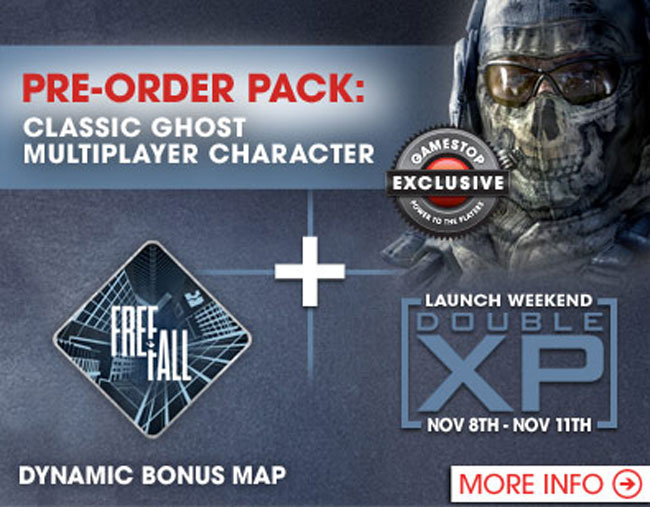 That exclusive character is Simon “Ghost” Riley who is one of the iconic characters of the franchise. Another pre-order exclusive is the freefall dynamic bonus map. This map has players battling out in multiple player matches inside of a mostly destroyed skyscraper.

The building leans to the point that elevator shafts run across the floor and glass windows are walked on by players. Players will also get a double XP launch weekend spanning of your 8 November the 11th when they can earn more experience points. The game is available in a regular edition for $59.99, a hardened edition $119.99, and prestige edition for $199.99.