What do you do with your old Nintendo Game Boy when it stops working? modder [_n30_] decided to turn his broken Game Boy into a portable hard drive.

Inside the case there is an 80GB 2.5 inch HDD, from the photos it looks like the Game Boy is still working, the reflective backing has been removed from the screen and replaced by a piece of paper with graphics on it. 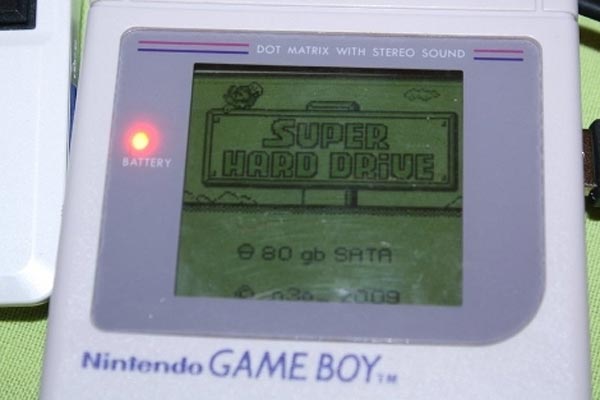 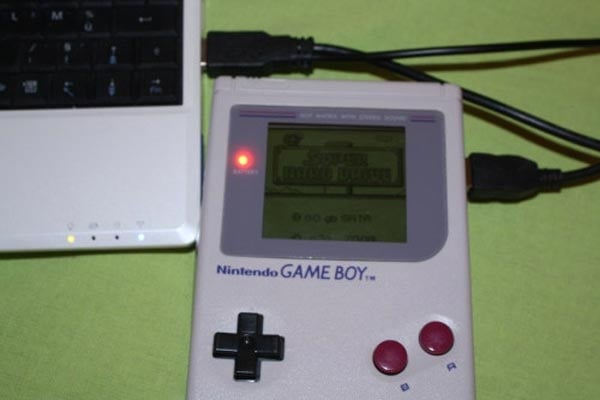 The battery indicator even lights up when it is plugged into your PC, very cool head on over to Logic Sunrise (French) for more details.