A great demonstration of Samsung’s Galaxy Tab 10.1 running Ubuntu on Android has been putt together to show whats possible on Android. Ubuntu has been loaded on to the Tab without replacing the Android OS and runs in the background, “chrooted” or like a virtual machine.

One of the problems with Android even though it is based on Linux you cant actually run any native Linux programs on Android. The new ‘Tabuntu’ device as it has now been dubbed gets around this and will now allow you to run native Linux programs on your Android tablet without the need to first remove the Android OS. Watch a video of the new ‘Tabuntu’ device in action after the jump. 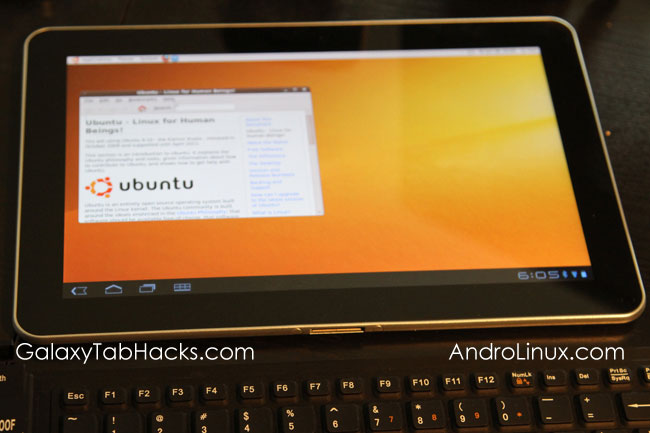