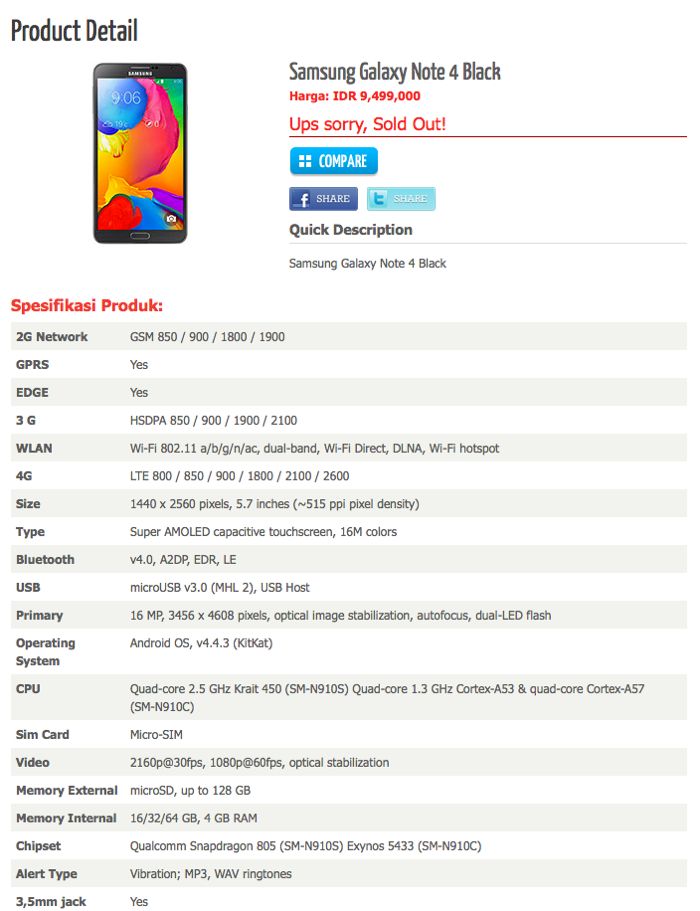 Earlier we heard that Samsung had started advertising the new Samsung Galaxy Note 4, and now the handset has appeared on a retailers website.

The Samsung Galaxy Note 4 that was listed on the retailers website has appeared with similar specifications that we have previously heard about the handset.

According to the retailer, the Samsung Galaxy Note 4 will come with a 5.7 inch Super AMOLED display with a resolution of 2560 x 1440 pixels, the handset will also come with Android 4.4.3 KitKat.

Other listed specifications for the device include two processors which include a quad core 2.5GHz Krait 450 (Snapdragon 805) for the model number SM-N910C and and eight core processor made up of a quad core 1.3GHz Cortex A53 and a quad core Cortex A57(Exynos 5433), there is also 4GB of RAM.

The Samsung Galaxy Note 4 is also listed with a choice of 16GB, 32GB or 64GB of built in storage, plus a microSD card slot that supports up to 128GB cards.

The device is also listed with a 16 megapixel camera with optical image stabilization, and a dual LED flash, plus 3G, 4G LTE, 801.11 ac WiFi, WiFi Direct, Bluetooth 4.0 and more.