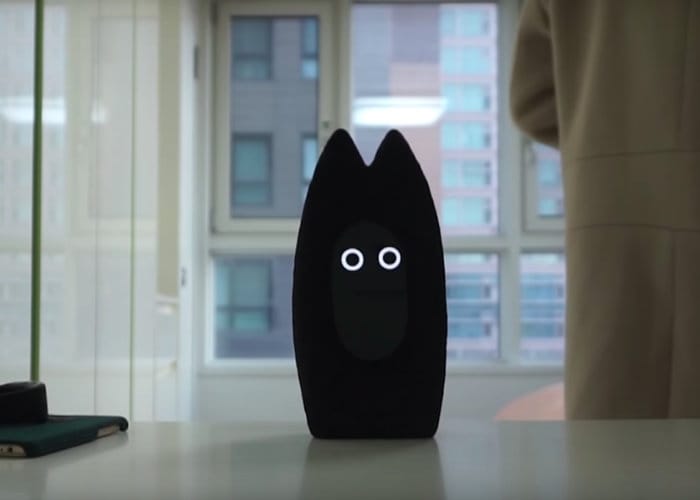 A new companion robot has been created called Fribo, specifically designed to listen to what goes on in your life and help you keep connected with your friends. Created by researchers from Yonsei University and KAIST the social companion robot was presented HRI 2018 in Chicago and has been created by a team of researchers comprising of Kwangmin Jeong, Jihyun Sung, Haesung Lee, Aram Kim, Hyem Kim, Chanmi Park, Youin Jeong, JeeHang Lee, and Jinwoo Kim. Watch the demonstration video below to learn more about Fribo the “social networking robot for increased social connectedness through sharing daily home activities from living noise data”.

Fribo functions by listening for what its designers call “living noise,” made from things around your home that makes noise besides you. The robot’s voice recognition is minimal and it doesn’t record voices, so it’s much more private than something like the Amazon Alexa or Google Home personal assistance. Fribo has also been designed to be much smarter than either of the mentioned systems offering the ability to understand what’s going on in its environment by just listening.

“In the United States, there are over 5 million young adults between the ages of 18-35 living alone, and that number is growing. While many of them may be living alone by choice, it can also be socially isolating, if you’re into that whole being social thing. The situation is similar in many other countries, especially in Asia. There are plenty of robots under development (and even available) for elderly people with social isolation issues, but younger people are expected to, uh, just go outside or something.”