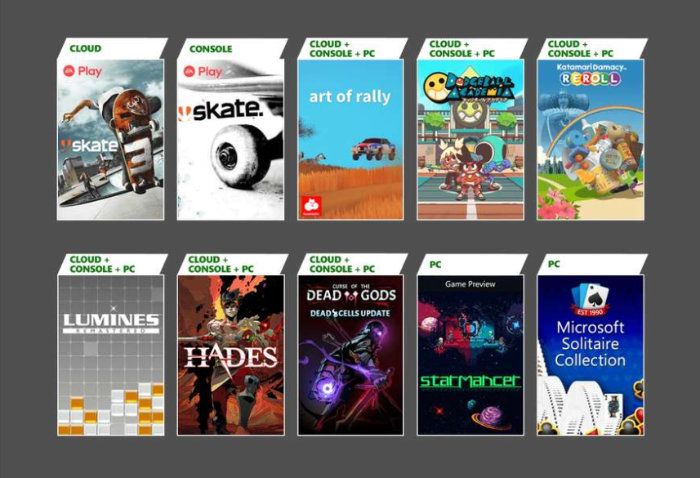 Megan Spurr, Community Lead at the Xbox Game Pass team has today revealed more details about the new free Xbox games that will be coming to the Xbox Games Pass subscription service. The new games feature some dead gods, some not-so-dead gods, driving and skating, and more. In a few days time Curse of the Dead Gods will be available on Cloud, Console, and PC and will be available to play from August 5th 2021 onwards.

“You seek untold riches, eternal life, divine powers – it leads to an accursed temple, a seemingly infinite labyrinth of bottomless pits, deadly traps, and monsters. Your greed will lead you to death, but that is not an escape. Rise to fight again and defy the malignant deities that linger in this place!”

Other free Xbox games available to play on August 5th via the Xbox Game Pass subscription service will be Dodgeball Academia on the Cloud, Console, and PC as well as Katamari Damacy Reroll and Lumines Remastered, also on the same platforms. Available via Console will be Skate and Skate 3 via EA play. With the award-winning Skate franchise returning to break new ground with Skate 3 allowing you to build the ultimate team and change the face of the city in this definitive co-op skateboarding experience. Other games include :

Art of Rally (Cloud, Console, and PC) on August 12th
Art of Rally is a stylized experience inspired by the golden era of rally from the creator of Absolute Drift. From beginner-friendly options to driving modes that’ll challenge the most expert drivers, race across the world through colorful and stylized environments, now including Kenya with 4 new cars, 6 new tracks, and a new free-roam area!

Hades (Cloud, Console, and PC) on August 13th
Defy the god of the dead as you battle out of the Underworld of Greek myth in this Game of the Year winning rogue-like dungeon crawler. You’ll wield the powers and mythic weapons of Olympus, while growing stronger and unraveling more of the story with each unique escape attempt.

For more details on all the new free Xbox games available via Game Pass and details on the new EA and Codemasters titles making their way to Xbox Game Pass Ultimate members, jump over to the Xbox New site by following the link below.