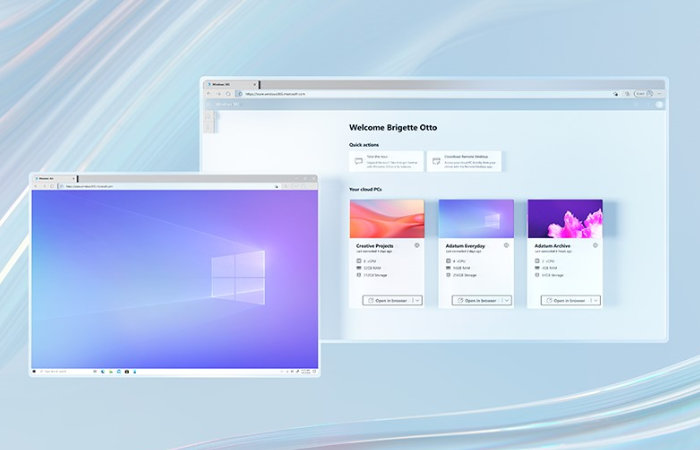 Last month Microsoft announced it would be making available the ability to use its Windows operating system directly from the cloud. This week Microsoft has published the pricing for its Cloud Streaming Windows 365 Service offering 12 different tiers the cheapest offering from $24 a month for 1 virtual core, 2 GB RAM, and 64 GB storage.

The new Windows streaming service for Microsoft’s operating system allows you to run Windows on any device including Mac, Android/iOS smartphone or Linux systems thanks to the new cloud operating system. Users will be able to use both Windows 10 and the next generation Windows 11 operating systems without the need to install the software on their local machine.

“Windows 365 is a cloud service that introduces a new way to experience Windows 10 or Windows 11 (when it’s generally available later this calendar year) for workers from interns and contractors to software developers and industrial designers. Windows 365 takes the operating system to the Microsoft Cloud, securely streaming the full Windows experience—including all your apps, data, and settings—to your personal or corporate devices. This approach creates a fully new personal computing category, specifically for the hybrid world: the Cloud PC.”

“Hybrid Windows for a hybrid world. Windows 365 streams your personalized apps, settings, and content streamed from the Microsoft cloud to any device, giving you and your organization the ability to be more agile and productive. “

For a complete list of all the pricing for the Microsoft Cloud Streaming Windows 365 Service visit the official Microsoft Windows 365 page by following the link below.