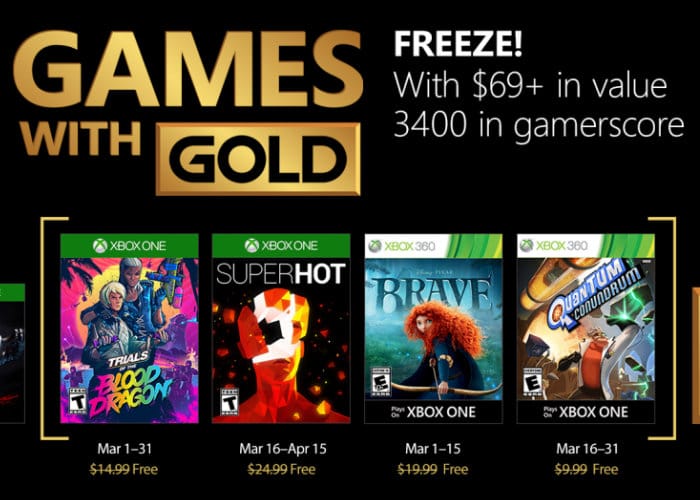 Microsoft has once again revealed the free Xbox games that will be made available to Xbox Live Gold subscribers next month this time during March 2018. As always Xbox Live Gold members will receive four new free Xbox games to enjoy with two being released for the Xbox One and two for the older Xbox 360. But thanks to the Xbox Backward Compatibility programme the Xbox 360 games will also be available to play on the new Xbox One console.

For those of you still on the Xbox 360 or looking to enjoy some retro gaming on your new Xbox One will be pleased to know that from March 1st 2018 Brave: The Video Game will be available to play for free saving you $20 until March 15th. After which it will be replaced by Quantum Conundrum which will be available until March 31st saving you $10. For an overview of all the free games you can expect to enjoy on the Xbox platform during March 2018 check out the announcement trailer below for full details. For access to download links jump over to the official Major Nelson website by following the link below.