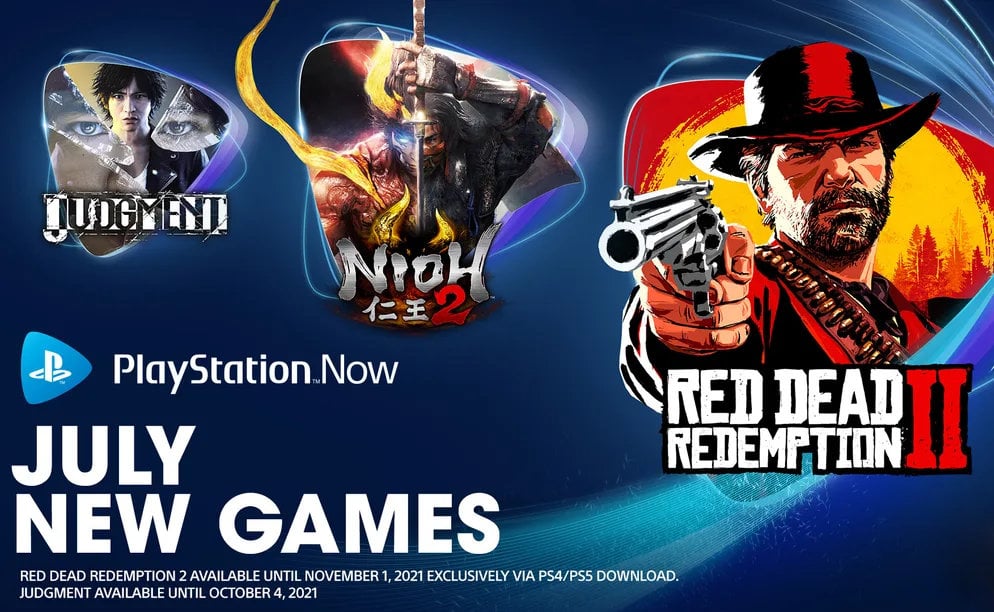 Sony has now confirmed the three PlayStation Now games available this month during July 2021, announcing that Dead Redemption 2, Nioh 2, Judgment, God of War, Olympic Games Tokyo 2020, Nascar Heat 5 and Moving Out. Adam Michel from Sony Interactive Entertainment has taken to the official PlayStation blog to reveal more about the free games you can download from today July 6th 2021.

“There’s a robust lineup of games joining PlayStation Now this month. There’s a Western epic with Rockstar’s Red Dead Redemption 2, intense yokai action in the form of Nioh 2, while Judgment serves up a compelling psychological thriller. Enjoy cooperative hijinks with hilarious sim Moving Out, and give in to your competitive nature with both Olympic Games Tokyo 2020 and Nascar Heat 5. And also welcome back the acclaimed adventure of Kratos and Aterus as God of War returns to PlayStation Now.”

“From the creators of Grand Theft Auto V and Red Dead Redemption, Red Dead Redemption 2 is a sprawling tale of life in America at the dawn of the modern age. After a robbery goes badly wrong in the western town of Blackwater, Arthur Morgan and the Van der Linde gang are forced to flee. With federal agents and the best bounty hunters in the nation massing on their heels, the gang must rob, steal and fight their way across the rugged heartland of America in order to survive.”

“Master the lethal arts of the samurai as a mysterious half-human, half-supernatural Yokai warrior, in this challenging action RPG sequel. Explore violent Sengoku-era Japan and the deadly Dark Realm, both plagued with grotesque, merciless demons. Unsheathe your deadly weapons and cut down all enemies in your path using a revamped combat system and the ability to transform into a full Yokai to unleash devastating paranormal powers.”

For more information on all the new free PlayStation games available via the Sony Now subscription service jump over to the official Sony PlayStation blog by following the link below.