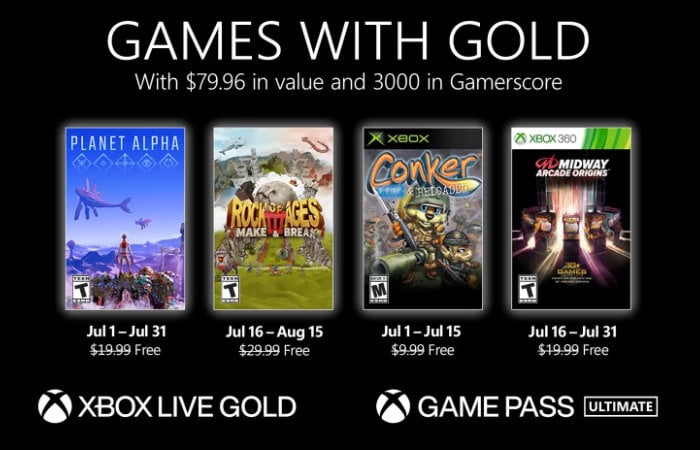 Conker: Live & Reloaded and Midway Arcade Origins are available to play on both older generation and latest generation Xbox consoles thanks to the Microsoft Backward Compatibility technology. Xbox Live Gold members will have exclusive access to these games for a limited time as part of Games with Gold. To learn more about Games with Gold and this month’s lineup of games jump over to the official Xbox new site by following the link below.

Planet Alpha Survive a strange planet filled with danger and mystery. Marooned and alone, venture across the beautiful foreign land and unlock its many hidden secrets. With relentless enemies pursuing you, harness the power of night and day in your fight to stay alive in this alien world.

Conker: Live & Reloaded Back with a hangover and a heavy dose of attitude, play gaming’s notorious squirrel, Conker, through a raunchy world full of twisted characters, innuendos, and outrageous movie parodies.