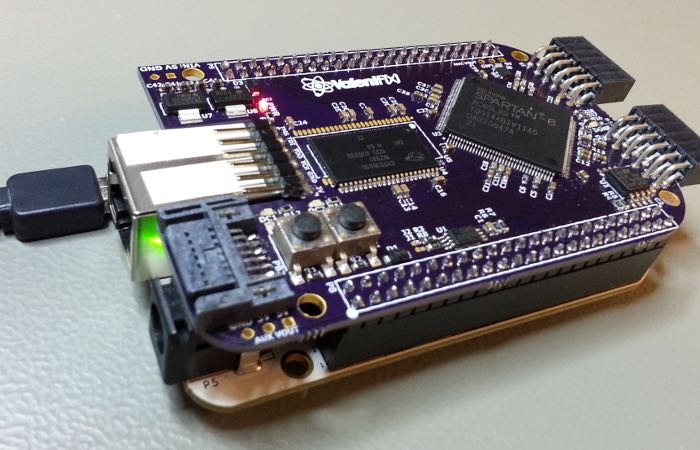 This month new add-ons boards supported by the Raspberry Pi and BeagleBone Black have been launched in the form of Newark Element14’s new ValentFX Logi-Pi and Logi-Bone FPGA boards.

The new boards support both Raspberry Pi and BeagleBone Black and feature Arduino and PMOD hooks, and were originally shown as concepts back in September 2013 at the New York Maker Faire.

“The Logi-Boards, which integrate Xilinx SPARTAN-6 XC6SLX9 FPGAs, and plug into the Linux-based Raspberry Pi or BeagleBone Black hacker boards, respectively, have now reached market, thanks to a partnership with Newark Element14.

ValentFX and Newark have also launched a $45.48 Logi-Edu educational board add-on that purports to teach everyday hackers the mysteries of FPGA.

For more information on the new add-on boards jump over to the Linux Gizmos website for details via the link below.