The new Foursquare 2.0 WP7 application features an all-new design and includes many of the new features that have been rolled out by Foursquare over the past months. Taking full advantage of the panoramic user interface included on Windows Phone 7 devices. 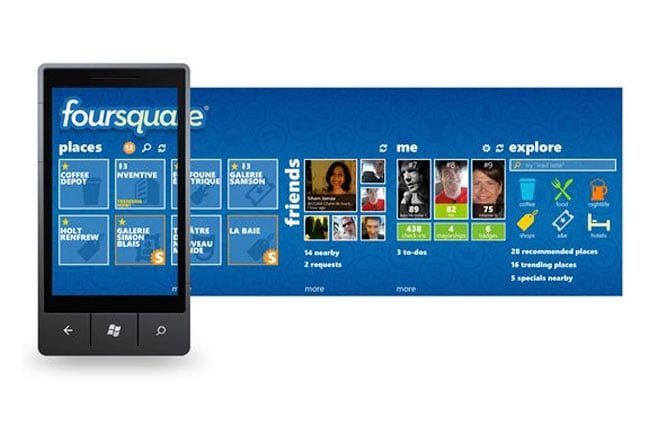 A few of the new features in the Foursquare 2.0 app include faster check-ins via one click “tap and hold” on places in the panorama, together with a Leaderboard Live Tile and mapping of nearby places, friends and specials.

You can download the newly updated Foursquare 2.0 from the Microsoft Market now.