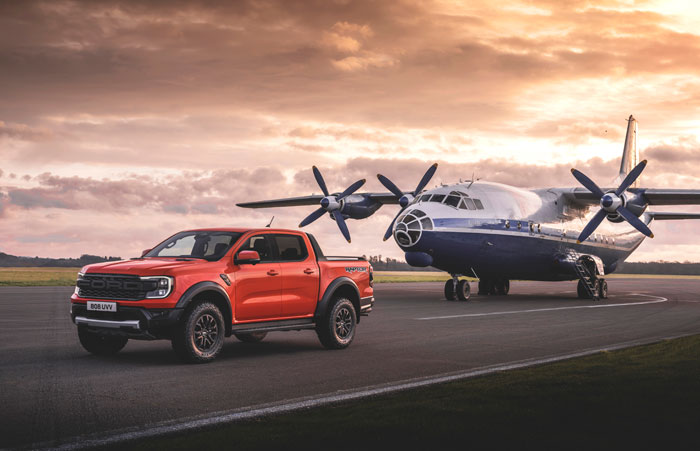 Yesterday Ford revealed the next-generation Ranger Raptor in Europe, and it’s significantly improved compared to the previous generation. The truck has a new twin-turbo 3.0-liter EcoBoost V6 making 288 PS and 491 Nm of torque. For truck fans in the US, that works out to 392 horsepower and 430 pound-feet of torque.

The V-6 engine is paired with a 10-speed automatic transmission. The bigger news for Ranger Raptor fans in the US is that Ford CEO Jim Farley has confirmed the Ranger Raptor will be coming to the US. Other features for the truck include an electronically controlled active exhaust system with four exhaust modes for different driving scenarios.

The truck also has seven selectable drive modes and new suspension utilizing FOX 2.5-inch live valve internal bypass shocks developed by Ford Performance. The Ranger Raptor lands in Europe first, with deliveries starting this summer. It’s unclear when the new Ranger Raptor will be available in the US.