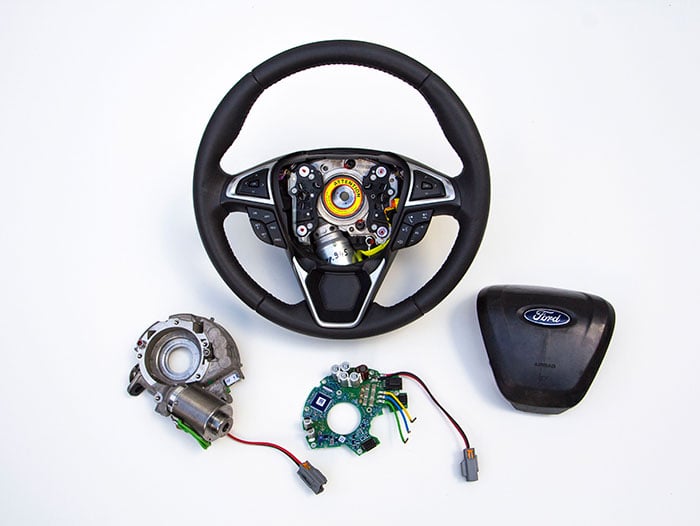 Ford has announced a new feature that will debut first on the 2016 Edge Sport and Titanium as standard features. The new feature is called Ford adaptive steering and it is designed to make it easier to control a car at low speeds and makes the car more stable at highway speeds. Most vehicles have a fixed ratio for steering that controls how many turns of the steering wheel turns the wheels on the pavement.

In the adaptive steering system an actuator and an electronic gear system varies that steering ratio. The result is a car that is easier to maneuver when trying to park at low speeds in a crowded lot. The system also makes a car more stable at highway speeds by helping to smooth driver input.