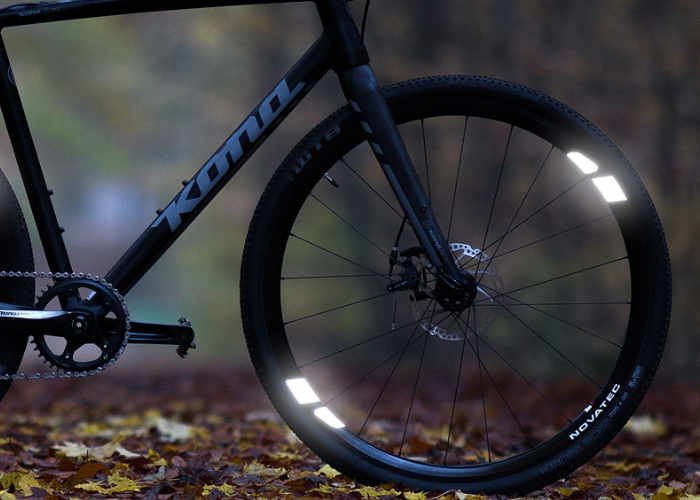 The Outsider Team based in Munich, Germany have created a new bike reflector aptly named the Flectr 360, designed to make cyclists even more visible at night and provide the “first line of defence for your night ride” say its developers. Watch the demonstration video below to learn more about the “ultimate bike reflector” which is launched by Kickstarter this week and already raised three times its required pledge goal.

From wherever car headlight are approaching, FLECTR 360 grabs the driver´s attention. All around, without exception. A big plus for your safety and a clean design – FLECTR 360 wraps razor-thin around the rim. We kickstarted FLECTR ZERO in April 2016. Thousands of bikes have been equipped with our first reflector design and we have gained broad international recognition for bike safety on roads. Be a part of our 5th Kickstarter campaign now!  As tire and rim designs get larger and disc brakes become the new standard we created an unparalled wheel reflector design: FLECTR 360. Stuck onto the arched surface of the rim it becomes part of your bike and reflects a strong beam of light in ANY direction.

Flectr 360 is now available to back via Kickstarter with early bird pledges starting from just €17 and delivery expected to take place during February 2018. For full specifications and more information jump over to the official Kickstarter campaign page via the link below.