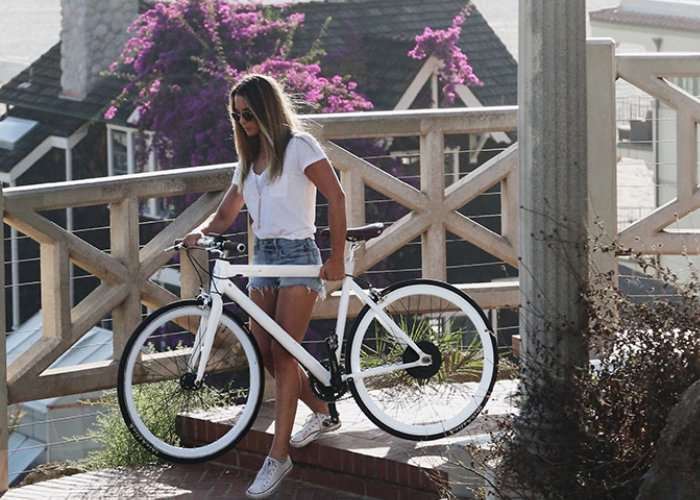 Story Bicycles based in Santa Monica California has created a new e-bike which is equipped with a powerful 350 W motor and fitted with a 36v hidden battery, 6 levels of pedal assist, and a rapid charge system.

Watch the demonstration video below to learn more about the technology, features and design of the Premium e-Bike which has this week been launched via Kickstarter and is already nearly halfway to its required pledge goal of $40,000.

The development team from Story Bicycles explain more about their new electric bike :

We’ve carefully designed Story Bikes to be lightweight, minimal and unlike any other e-bike. We strive to be uniquely different but yet fit in confidently in the sea of commuters who take pride in who they are every day. Nobody will ever know that you’ve got special powers behind these wheels!

We hid the battery in the down tube so that the bike can remain looking like a bike. No huge batteries bolted to your bike frame. This sleek design lets you power around in complete stealth. Keep that caboose comfortable. The Velo saddle is made by stretching genuine leather over plush cushioning. Classic rivet seals give Story Bikes their classic look and feel. Throw out those geeky gloves. The supple leather grips will give those palms the touch they deserve.

Story Bike e-Bike is now available to back via Kickstarter with early bird pledges starting from $1,195 and delivery expected to take place during February 2018. For full specifications and more information jump over to the official Kickstarter campaign page via the link below.