The first ever PC game which was co-written by Bill Gates called Donkey has now been remastered and is available on your iPhone to enjoy, in all its 8-bit glory. Donkey is an extremely simple driving game that allows a player to control a car but not steer, accelerate or brake, only changing lanes to avoid a series of donkeys on the road. 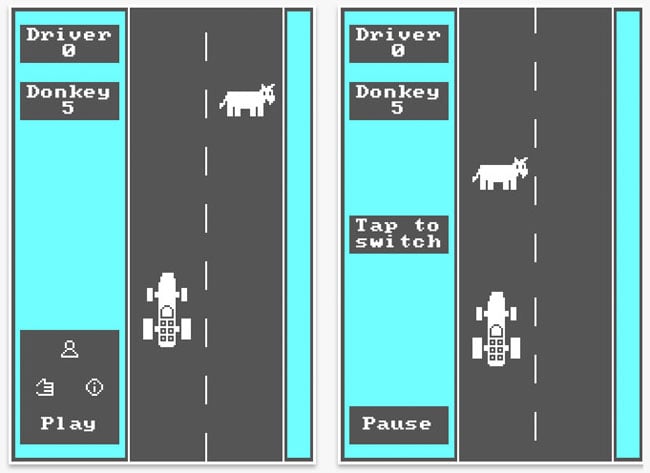 Donkey, often known by its file name DONKEY.BAS, is a computer game written in 1981 and was distributed with the original IBM PC for the PC-DOS operating system. It is a driving game in which the player must avoid hitting donkeys. According to a speech delivered by Gates in 2001:

“Actually, it was myself and Neil Thompson at four in the morning with this prototype IBM PC sitting in this small room. IBM insisted that we had to have a lock on the door and we only had this closet that had a lock on it, so we had to do all our development in there and it was always over 100 degrees, but we wrote late at night a little application to show what the Basic built into the IBM PC could do. And so that was Donkey.bas. It was at the time very thrilling.”

If you fancy giving the first computer game a go and stepping back in computer history, head over to the Apple iTunes app store now to download it for $0.99