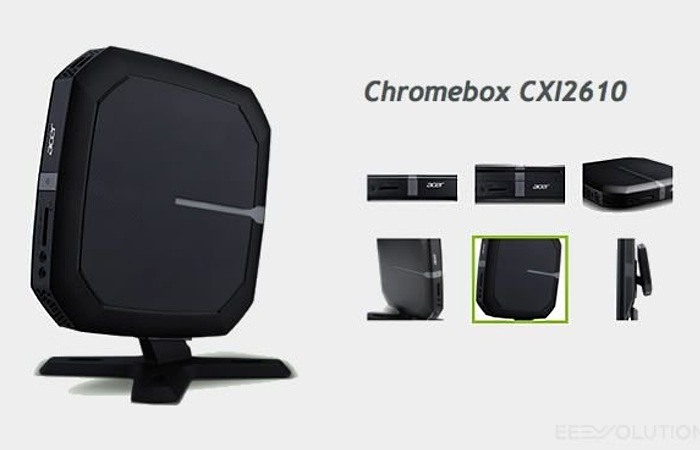 It seems that Acer may have inadvertently leaked details of their very first Chromebox system in the form of the new and as yet unannounced Acer Chromebox CXI2610.

Details of the new Acer Chromebox CXI2610 were spotted by Brad Linder from the Liliputing tech site, over on the Acer website, in a brochure of the company’s 2014 business products, which has since been removed.

The new Acer Chromebox CXI2610 will feature an Intel Celeron 2957U Haswell processor supported by 8Gb of RAM and can be either equipped with 16 or 32 GB of solid state disk (SSD) storage. Other features of the new Acer Chromebox include Gigabit Ethernet, SD card reader, DisplayPort, HDMI, 4 x USB 3.0 ports, an audio jack, together with a mini PCI Express slot.

As you might expect no information on pricing or worldwide availability for the Acer Chromebox CXI2610 has been released as yet, but as soon as information comes to light or it is officially launched we will keep you updated as always. 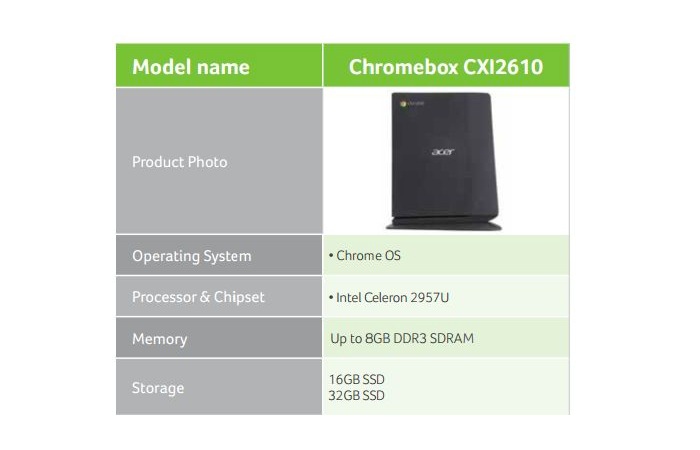