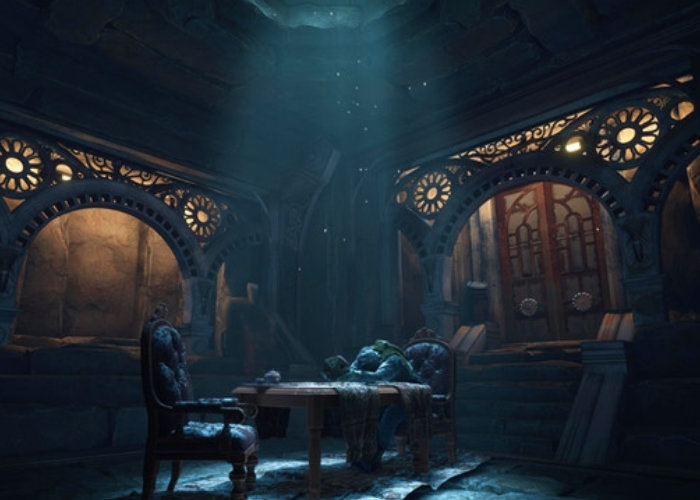 After launching earlier this month on Kickstarter, thanks to over 3300 backers the new Firmament game from developers Cyan Worlds, creators of classics such as Myst has raised over $300,000 with still 30 days remaining on its campaign. Firmament is the next step in the evolution of Cyan, deeply rooted in the spirit of Myst, Riven, and Obduction. Welcome to an all-new, enigmatic narrative adventure. Watch the trailer below to learn more about what you can expect from the Firmament game.

Pledges are available from $30 for the Firmament game with worldwide delivery expected to take place during July 2020. The lowest pledge also includes a strategy guide, game manual and digital copy of the game as well as backer updates.

“A gasp for air… a release of chilled breath… the crackling sounds of melting ice. You wake in a glacial cavern — perfused by blue. It’s crowded with metal pipes and adorned with curious, clockwork gears. Echoing machinery resonates in your ears as a massive metal door opens before you… As you enter a dark chamber, warm lights flicker to life, revealing a frigid, yet intimate stone interior, supported by riveted iron beams. In the middle of this room is an ancient table – a tea cup on one end and a frozen body slumped over the other. The corpse’s hands hold an exquisite clockwork device — held out like an offering. You reach for the device, and suddenly… a small whir… a blue glow is birthed from its core as it comes to life and lifts from the outstretched palms of the rigid stranger. It hovers above you, watching.”

Jump over to the official crowdfunding campaign page via the link below, to make a pledge and be one of the first to play the new Firmament game from the development team at Cyan Worlds.