Parents that have kids that like to roam the neighborhood or just want to keep a close eye on where the kid is any given moment can now buy the AT&T FiLIP. The FiLIP device was first unveiled in October of last year. It is a wearable smartwatch for kids that has GPS tracking services built in. That allows the parent to keep an eye on their kid from afar. 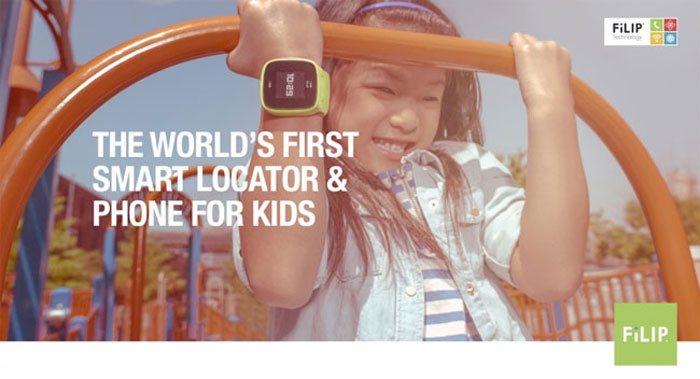 The watch is aimed at kids five through 11 and has integrated WiFi, GPS, and more. The watch also has the ability to make calls directly to one of five numbers that can be programmed in. The watch can also receive text messages from users. One of the big features of the watch is that it can support SafeZones to trigger a notification if the child enters or leaves a designated area.

The watch supports an intelligent emergency procedure as well that locates the child and puts them in contact with a parent. The watch is available right now in AT&T stores around the country. It sells for $199.99. AT&T offers a $100 credit on the bill to those that buy the watch and add it as a new line of service.