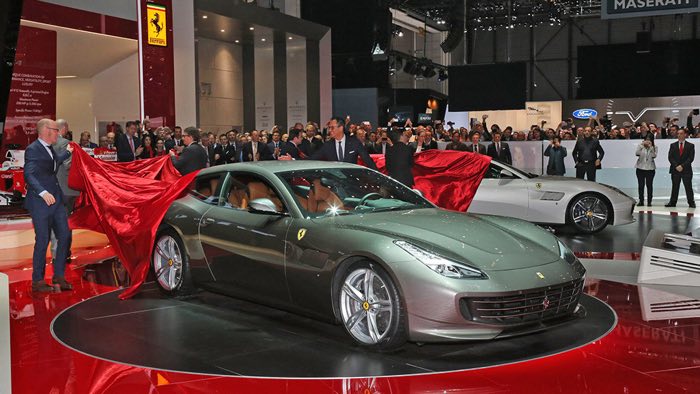 The new Ferrari GTC4Lusso was made official last month, the car is the replacement for the Ferrari FF and now the car has made it debut at the Geneva Motor Show. 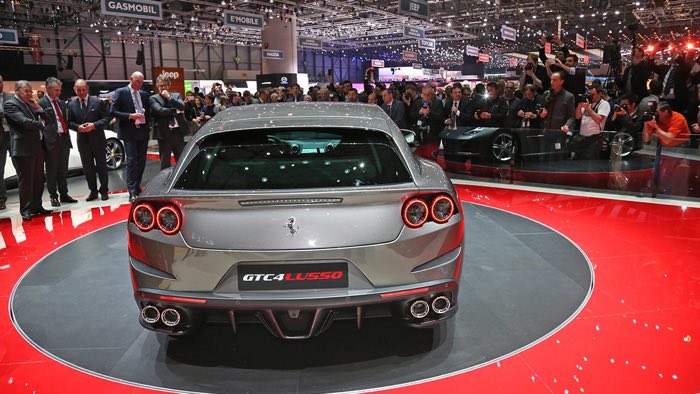 Since the Geneva Show first opened its doors early this morning, it has been one of the most photographed cars at the entire event. Even when still draped in the traditional red wraps, the Ferrari GTC4Lusso attracted more curiosity than any other car at the show. Then at 11.15 precisely, the presentation ceremony began and the crowd in front of the Prancing Horse swelled to throng as the flash bulbs popped and the wraps were whipped off. Yes, wraps plural because there were not one but two examples of the new four-seater on the stand: one sporting a Bianco Italia livery, Blu Sterling interior, Low-e panoramic roof to keep the cabin temperature constant even on the sunniest of days, and diamond-finish forged wheels, and the other in classic Grigio Ferro Met with a Cognac semi-aniline leather cabin. 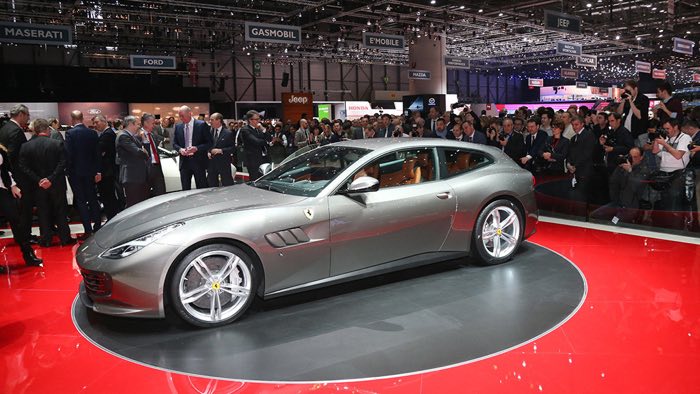 You can find out more details about the new Ferrari GTC4Lusso over at Ferrari at the link below.