After successfully completing his 24 mile high space jump, the world has been eagerly anticipating the release of the first footage from Felix Baumgartner suit cameras.

Now a one and a half minute short video has been released showing Felix Baumgartner’s  Space Jump and what it was like to free fall 24 miles above the Earth’s surface. Enjoy the video after the break. 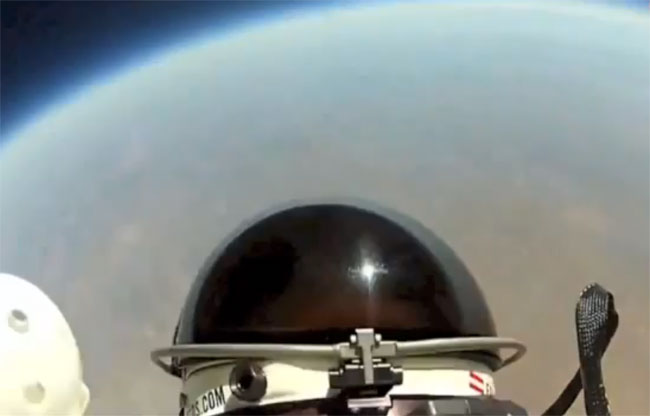 Reports have surfaced from the Red Bull Stratos website that Felix thought it was going to lose consciousness at one point due to the ferocious spinning effect of him falling through the sky. Felix Baumgartner explained after his Space Jump.

Felix is that the first man to a broken the speed of sound with no mechanical propulsion and in the process has also set a number of other world records including the highest jump from the platform.