Nothing suggest/implies/screams ‘fake!’ better than a crummy technicolor backdrop on a nylon screen. This is barely high-tech but is awkward enough to merit some contrived measure of acclaim. If you haven’t figured out what it does, the StarScreen is a prop for your teleconferencing and Skype sessions–a ‘vivid’ background to lend an utterly false sense of where you’re at. Thus, have a white sand beach in place behind you rather than the dirty garage you actually live in. For example, of course. 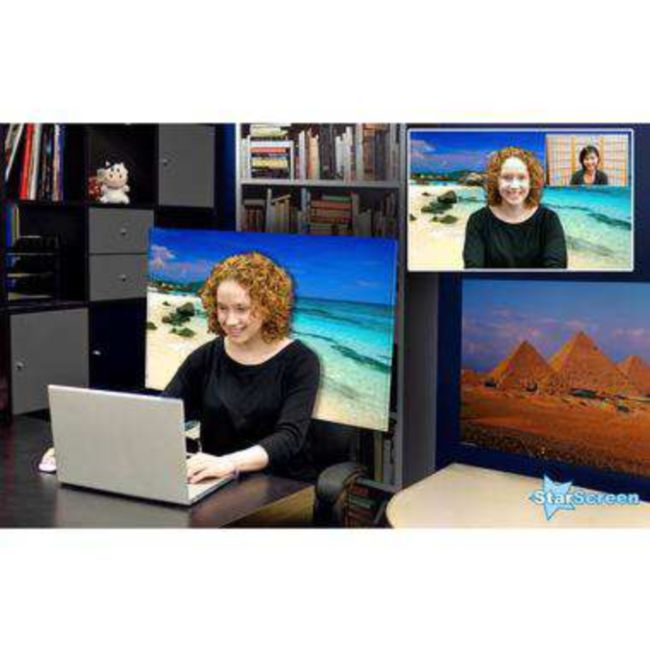 It’s a bit awkward and no doubt rather funny that trying to Google StarScreen for additional info reveals links to Bollywood and a suggestion to try StarScream instead.

Yeah, StarScream…since the StarScreen is about fakery in grand scale, why not have a backdrop for Cybertron? You know, as if you’re getting in touch with the other person from another planet. (According to the product page, there are no Cybertron backdrops, but ‘zombies’ are available.)

At $29.99 the Star Screen is cheap enough for anyone who wants to try teleconferencing from the Pyramids of Giza.