Facebook have made a number of changes to Facebook Games, which include a new game ticker, more room to play with a bigger gaming screen within your Facebook page, and the ability to bookmark your favourite games. 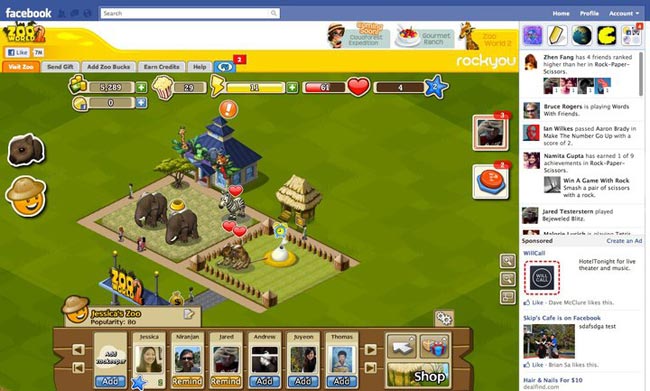 It looks like Facebook may have been working on this for a while, and they could have been waiting for Google+ to roll out its new games feature, we think it may be too much of a coincidence that Facebook announced their revamped gaming platform on the same day that Google rolled out Google+ Games.