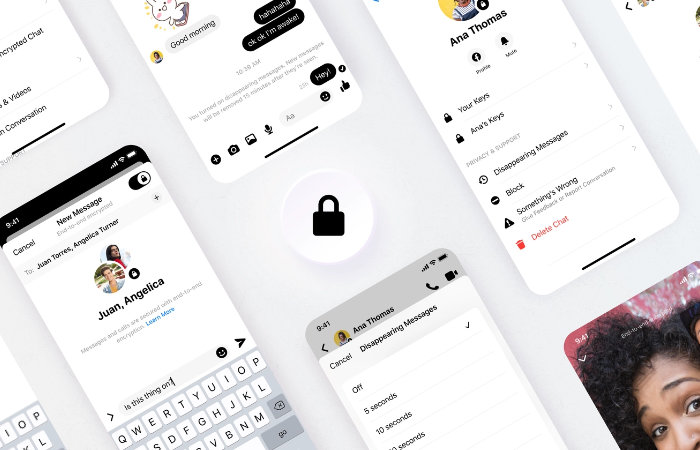 With the aim of offering users more privacy Facebook has rolled out the ability to opt in to secure your video and voice calls using end-to-end encryption. Unfortunately Facebook will not be enabling this option by default but allows Facebook Messenger users to enable it if so desired. Once Facebook Messenger calls are encrypted only the receiver and sender will be able to access the information within the video and voice calls. Following on from the rollout which is already provided Facebook’s WhatsApp and Messenger services with end-to-end encryption on personal texts messages sent by users. Also read : How to take a screenshot on iPhone or iPad

“Today, we’re rolling out the option to make voice and video calls end-to-end encrypted on Messenger, along with updated controls for disappearing messages. People expect their messaging apps to be secure and private, and with these new features, we’re giving them more control over how private they want their calls and chats to be. “

“End-to-end encryption is already widely used by apps like WhatsApp to keep personal conversations safe from hackers and criminals. It’s becoming the industry standard and works like a lock and key, where just you and the people in the chat or call have access to the conversation. The content of your messages and calls in an end-to-end encrypted conversation is protected from the moment it leaves your device to the moment it reaches the receiver’s device. This means that nobody else, including Facebook, can see or listen to what’s sent or said. Keep in mind, you can report an end-to-end encrypted message to us if something’s wrong.”