Today Facebook has launched a new programming language called Hack which has been designed for HHVM and interoperates seamlessly with PHP.

HHVM is an an open-source virtual machine designed for executing programs written in Hackand PHP. Facebook has also launched a new website to assist developers looking to get started with the new Hack programming language. 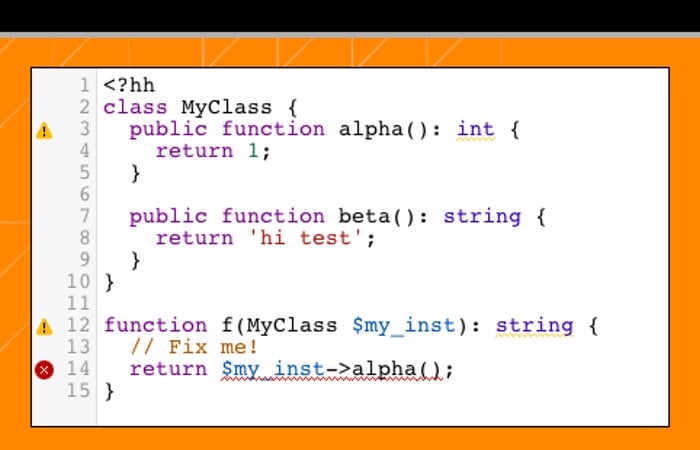 Facebook explains a little more about Hack : ” Hack reconciles the fast development cycle of PHP with the discipline provided by static typing, while adding many features commonly found in other modern programming languages.

We have deployed Hack at Facebook and it has been a great success. Over the last year, we have migrated nearly our entire PHP codebase to Hack, thanks to both organic adoption and a number of homegrown refactoring tools.

Rather than directly interpret or compile PHP code directly to C++, HHVM compiles Hack and PHP into an intermediate bytecode. This bytecode is then translated into x64 machine code dynamically at runtime by a just-in-time (JIT) compiler. This compilation process allows for all sorts of optimizations that cannot be made in a statically compiled binary, thus enabling higher performance of your Hack and PHP programs.”

For the Facebook press release announcing the launch of the new Hack programming language jump over to the Facebook engineering blog, or directly to the official Hack language website for more resources and to get started.