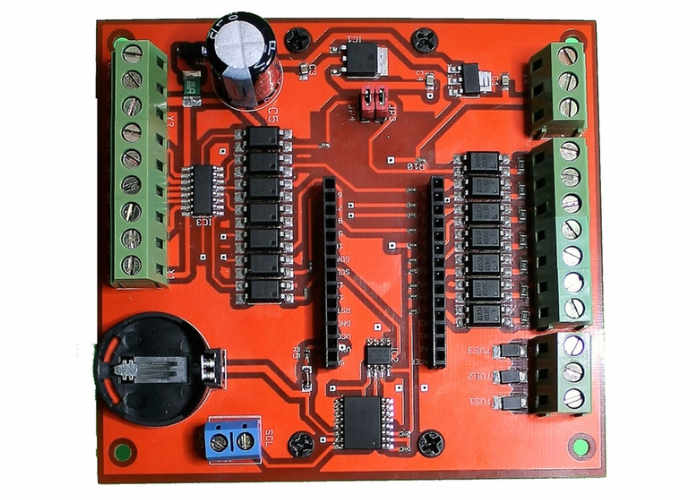 Arduino enthusiasts, makers and developers may be interested in a new Arduino Shield created by developer Roberto Cervero, in the form of the ExControl Shield, an industrial Arduino-based board which has been designed specifically for the Mkr family of products offering high connectivity via a variety of different platforms including Wi-Fi, GSM, Lora and SigFox. Watch the demonstration video below to learn more about this Arduino industrial shield. Technical specs of the ExControl Shield :

ExControl Shield  is an industry ready, freely programmable PLC.It’s used arduino mkr tecnology to create conected object. It can virtually serve any controlling, automation and data-logging purpose for you. you can combine this shield with all arduino mkr family. ExControl  I2C ExtensionShield is an industry ready i2c inputs and outputs extenision, it allows to expand the number of inputs and outputs, being able to include up to four cards connected to the mk shield. Arduino automation 2018 is the easiest way to generate a arduino compatible program for home automation, this is so easy and contains a powerfull code edit module for include your own code to the proyect, this tool have autocomplete and avanced features to write arduino programs.