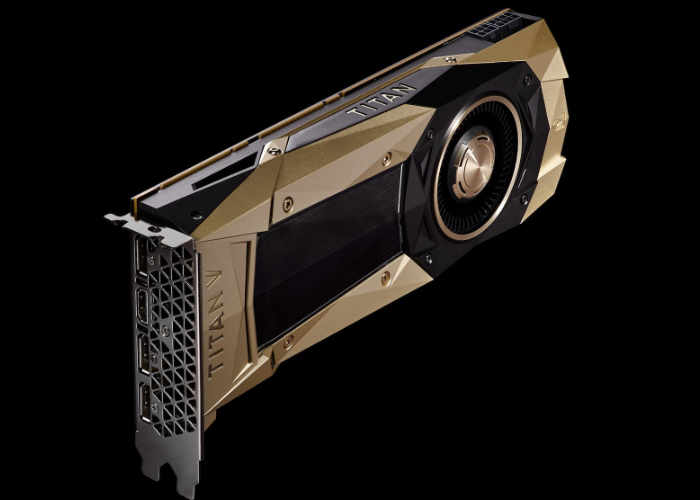 Anyone interested in Ethereum Mining might be interested to learn more about the performance when mining Ethereum with the new Nvidia Titan V graphics card which launched earlier this month and is now available to purchase priced at just under $3,000. Hot Hardware have been able to over clock the Nvidia Titan V and gain 82MH/s while mining for Ethereum using a AMD Ryzen Threadripper 1950X system, and cranked out 70 MH/s at stock speeds and 77 MH/s while overclocked, while drawing 213W and 237W respectively.

However Hot Hardware explains that using Claymore Miner (v10.2), the team were able to hit 69.06 MH/s at default speeds right out of the box, with no tweaking whatsoever, far outpacing what’s possible with the current standard-bearer from AMD and the previous generation Pascal-based TITAN XP graphics card. Hot Hardware explains more about pushing the card even further:

However, when we cranked up the GPU power and temperature targets and boosted the memory clock, we saw a significant jump in performance, with an average hash rate of about 82.067 MH/s. That’s well over twice the rate of the Radeon RX Vega 64 and TITAN Xp when those two cards were operating at default clocks. For the overclocking, we simply upped the power and temperature target for the GPU, and manually increased the fan speed, while simply tweaking the memory frequency offset using EVGA’s Precision XOC utility. We used NVIDIA’s public drivers for the the TITAN V in our testing.

If you are interested in learning more about the benchmarks of the Nvidia Titan V graphics card jump over to our previous article. As more details about Nvidia Titan V performance come to light we will keep you up-to-date as always.