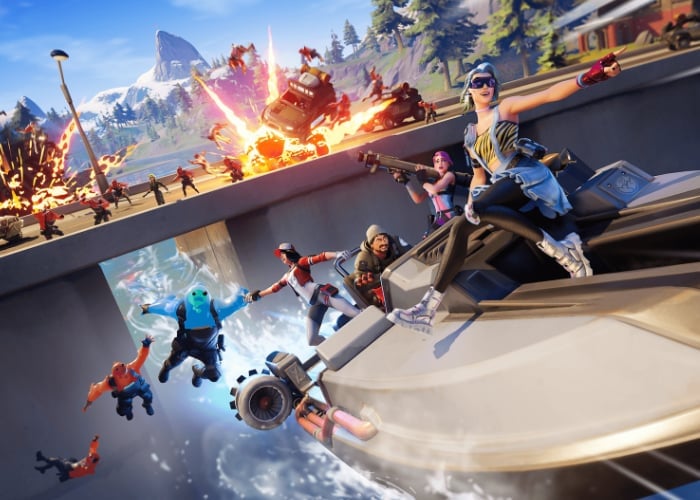 As well as unveiling their new Unreal Engine 5 PlayStation 5 real-time demonstration, Epic Games has also announced the launch of its new Epic Online Services, unlocking the ability to “effortlessly scale games and unify player communities for all developers”. At launch are two suites of services will be available to developers to further enrich connected experiences for players. Epic Online Services are available in a single SDK, for free and available on Windows, Mac, Linux, PlayStation, Xbox, Nintendo Switch and is coming soon to iOS and Android.

With the addition of the Game Services and Epic Account Services which include cross-play, cross-progression, and other preeminent online features, “developers can now facilitate even greater engagement by enabling players to connect with their friends without platform boundaries” says Epic.

“First announced in December 2018, Epic Online Services are battle-tested and powered by the services built for Fortnite across seven major platforms (PlayStation, Xbox, Nintendo Switch, PC, Mac, iOS, and Android). Open to all developers, Epic Online Services is completely free and offers creators a single SDK to quickly and easily launch, operate, and scale their games across engines, stores, and platforms of their choice. Working independently of one another, and independently of any stores and platforms, Game Services deliver the essential set of backend services a game needs to work on any platform or store. Developers are free to selectively mix and match Game Services together with any other services, and are able to authenticate players with the OpenID identity provider of their choice or with any of the included out-of-the-box integrations with Apple, Discord, Nintendo, PlayStation, Xbox, Steam, and Epic Games.”

– Matchmaking: Match up players in pairs or groups to play together.
– Lobbies (Preview): Give players the ability to join a session via invite or search, or create sessions of your own for players to join.
– Peer-to-peer: Establish peer-to-peer network connectivity between multiple players regardless of firewalls or router setups.
– Achievements: Motivate your players with badges, statuses, and achievements as they progress in your game.
– Stats: Query player stats in real time and display achievements on leaderboards or within your own game construct.
– Leaderboards: Show your players how they rank against their friends and everyone else, encouraging competitive and engaging gameplay.
– Player data storage: Give your players the freedom to move between platforms by storing their game data in the cloud.
– Game analytics: Track gameplay, frequency, playerbase, time, and location KPIs to identify opportunities for improvement or expansion.
– Player ticketing: Connect directly with your players and personalize service through tickets tied to player profiles.

– Epic Account Services enable a developer to connect to Epic accounts and leverage the largest cross-platform social graph in the world, with more than 350 million players and their 2.2 billion friend connections on over half-a-billion devices, built up by Fortnite.
– Login: Enable players to sign in with their Epic Games account and any of the system’s supported identity providers including PlayStation, Xbox, Nintendo, Facebook, and Google.
– Friends: Show your players when their friends are online on any platform, and help them stay connected so they can easily party up and play.