Spelunking (that’s going down in caves) is not as easy to decide on as jogging around the block. So before you embark on that real-cave experience, try it out with CaveSim! 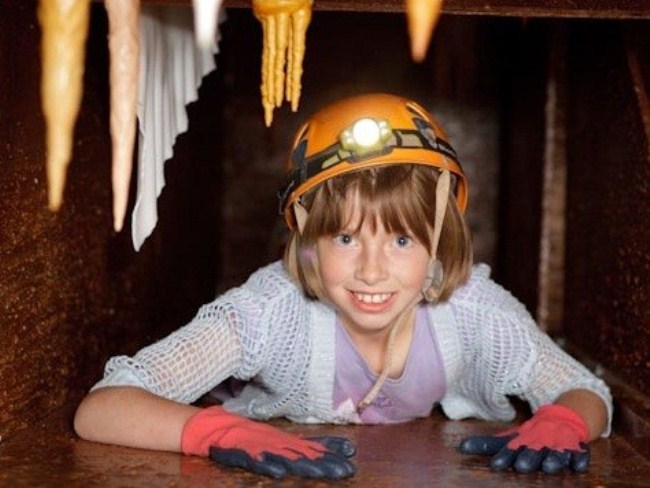 Spelunking is a serious activity because 1) it requires an investment on safety gear, which would be sad if it were a one-time thing and 2) caves are natural wonders that should not be vandal-led over or destroyed.

So before you become a true-blooded spelunker, try it out with CaveSim first.

CaveSim was created by cave-enthusiast Dave Jackson when he was having caving orientations. He first tried making participants crawl in furniture and tape, but found that counter-productive.

“Unfortunately, on our second day in underground practice, there was a little bit of damage done to the real cave we were using,” Jackson said. “And I thought about the picnic tables, and I thought there was a better way to do this.”

Put your game faces on, as this is being scored. Yes, CaveSim has sensors to keep track of your score. You can even make it a competition between friends.

Good News! Dave also makes miniature CaveSims for interested buyers. So if you want your own little cave at home, drop by Cavesims‘ site now.