Not sure if these were staples in most 19th century homes but the Emotigraph sure is retrogressive. It’s actually another weird invention by Matthew Garten, who is no stranger to Geeky Gadgets. Last time Matthew was featured, however,the man was ears deep in his steampunk phase. The Emotigraph is wholly different. An almost Rube Goldberg device full of small working parts, how it works is pretty delightful. 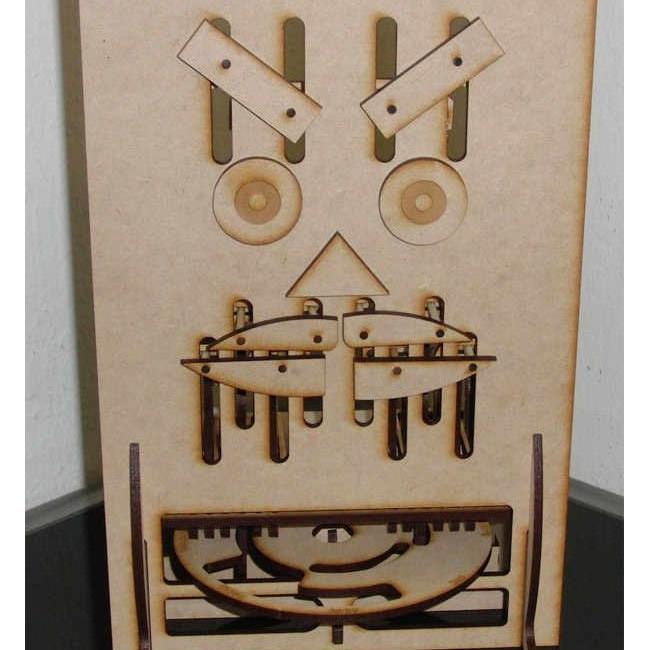 The Emotigraph is being marketed as an active piece of furniture for entertaining others, hence its display of emotions works best when seen by different people. Put a sad face on the Emotigraph in your living room and wait for people to go ‘Hey, why so serious?’ To which you can reply ‘Joker? So 2000 and late bro-ham.’

What you do is feed a specially shaped disc behind the Emotigraph, thereby transforming the cartoonish facial expression it exhibits. So far the Emotigraph can do sad, angry, happy, and surprised. Apparently a few other emotions are available–on Etsy.

Not surprising as Etsy is the unofficial frontier of all things cool, bizarre, silly, and brilliant. The Emotigraph borders on the last. It’s surprisingly cheap for U.S. customers as well at less than $5. The price doubles for foreign customers plus shipping.