We have featured quite a few different steampunk themed gadgets here at Geeky Gadgets, the latest one is the creation of Matthew Garten, and might just be the coolest we have seen so far, the Steampunk Arduino Watch.

The Steampunk Arduino Watch has a range of features built in, including the temperature, a range fining features, and a range of games including Breakout. 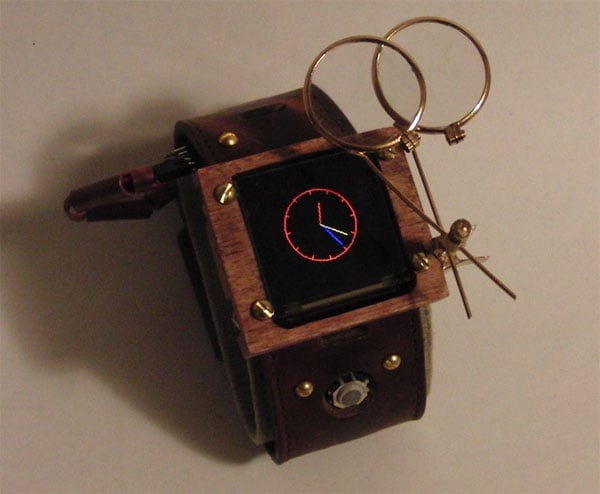 The Steampunk Arduino Watch  features a 128 x 128 pixel OLED 16 bit display, and the time can be switched between both analog and digital modes.

You can find out more details about the Steampunk Arduino Watch over at Optimized Force.

Hack A Day via Slippery Brick