Ematic has unveiled another affordable tablet aimed at entry-level buyers called the Genesis Prime XL. The tablet features a 10-inch multitouch display that uses capacitive technology. The resolution of the 10-inch screen is 1024 x 600. The tablet runs Android 4.1 and has complete access to Google Play. 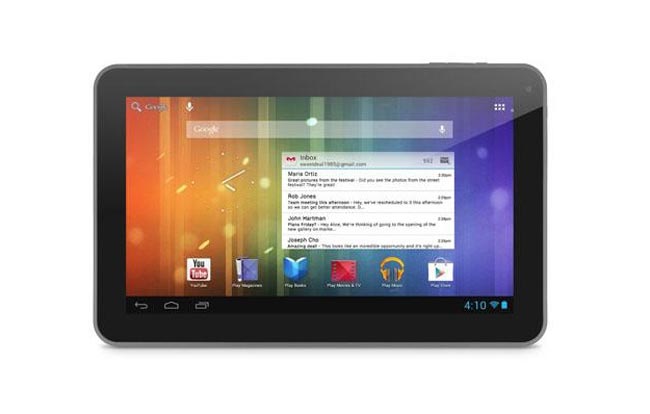 The tablet also features Google Now and uses a 1.1 GHz processor. The processor is matched with 1 GB of RAM and the tablet has 4 GB of internal storage. Ematic also includes 5 GB of cloud storage and a microSD card slot supporting up to 32 GB of additional storage. The tablet also has a G sensor and integrated Wi-Fi.

Other features of the tablet include a VGA resolution front camera and access to Google services such as Chrome, Gmail, Maps, and YouTube. The tablet also has an HDMI output for connecting to big-screen devices in the living room. The Genesis Prime XL tablet is available now for $129.99. Buyers can pick the tablet up from the websites of Walmart, Amazon.com, Toys “R” Us, and several other online sellers. This would make a very good tablet for the first time tablet owner or a child.