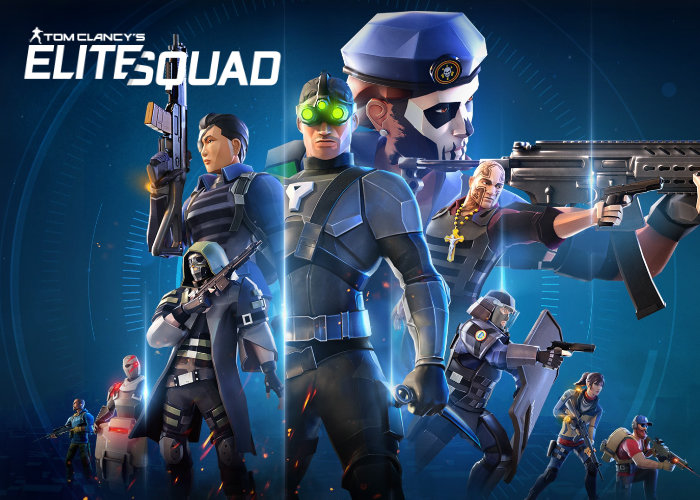 Ubisoft has announced its new smartphone and tablet shooter Tom Clancy’s Elite Squad will be launching on both iOS and android devices on August 27th 2020. Preregistration is now open on the official website offering in game rewards in the form of Montagne’s Tier 2 Weapon, an M1911 handgun for those that register their details. Check out the trailer below to learn more about what you can expect from the new mobile shooter.

“The world is facing a new unknown threat and playing by the rules won’t win this war. As commander of an unprecedented elite soldier squad, you have been granted carte blanche to recruit the best and most iconic agents from the Tom Clancy’s video games universe.”

– Assemble all your favorite war heroes and villains. For the first time, you will be able to team up heroes and villains from Rainbow Six®, Ghost Recon®, The Division®, Splinter Cell®, H.A.W.X®, EndWar® in pvp battle arena.
– Lead real-time 5v5 battles in different combat zones. Command your elite squad in dynamic 5v5 action shooting battles and trigger strategic orders with perfect timing to defeat your opponent’s team.
– Battle on iconic battlefields from Tom Clancy’s video games like “Brooklyn Bridge” (The Division 1), “Presidential Plane” (Rainbow Six Siege), “Death Angel Church” (Ghost Recon Wildlands), “Detention Facility” (Splinter cell Blacklist), and more.
– Team up with the deadliest soldiers and build the best strategy to win the battle in the combat zone.
– Sam Fisher, Nomad, Caveira, Megan, El Sueno, Walker and more are ready to fight and fulfil their duty under your commandment.
– Train, equip & upgrade your military team with hundreds of different weapons, from knives to Assault Rifles, and gear to unleash their full potential on the battlefield.
– Become the best commander! Challenge other teams in the PvP Arena to reach the top of the leaderboard.
– Rally friends and other players to join forces in epic Guild Wars.
– Rally your best squad to put an end to UMBRA’s campaign of chaos.
– Complete the campaign mode to revive all series of events that made UMBRA the common enemy of all your favorite heroes and villains and led to the creation of the Elite Squad initiative, the unconventional unit tasked to take down UMBRA.