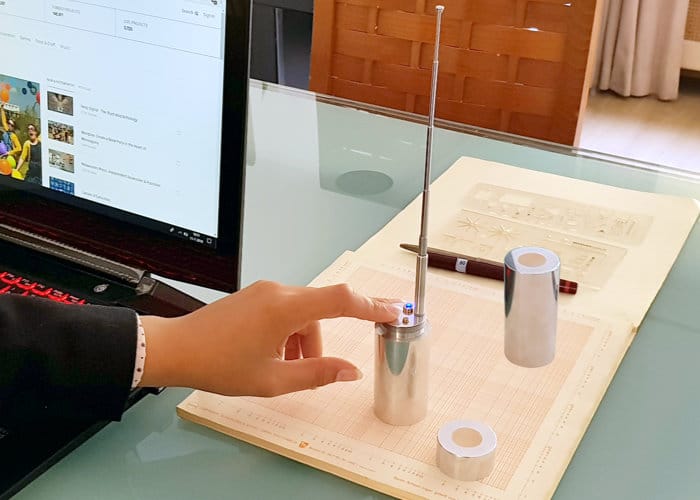 If like me you’ve always wanted an electronic bug detector similar to that used by James Bond in his older movies. You may be interested in Spyweight a new 21st-century electronic bug detector to help you protect your privacy. The new bug sweeping system has this week been launched by a Kickstarter with the aim of raising €30,000 over the next 28 days. Check out the quick demonstration video below for an overview of what the Spyweight can accomplish.

The bug sweeping device is capable of intercepting any source of electromagnetic radiation, with frequencies ranging from 100MHz to 2,6GHz. “This bug detector can be used to detect RF radio frequency wireless broadband and is designed to intercept from 1 to 10 M firing frequency range of 100-2.600MHz between the wireless transceiver equipment such as wireless pinhole video cameras and wireless tapping devices etc.”

Developed by a team based in the Netherlands, backers can expect to receive their Spyweight electronic bug sweeping system during January 2019. Pledges are available from €130 or roughly £150. For more details and full specifications jump over to the official Kickstarter crowdfunding campaign page by following the link below. “To prevent videotaping during business negotiations, checking whether there is a wireless pinhole camera in hotels, guest houses, changing rooms, places of entertainment, military facilities or government agencies, companies, factories, cinemas or art galleries, in order to protect personal privacy.”