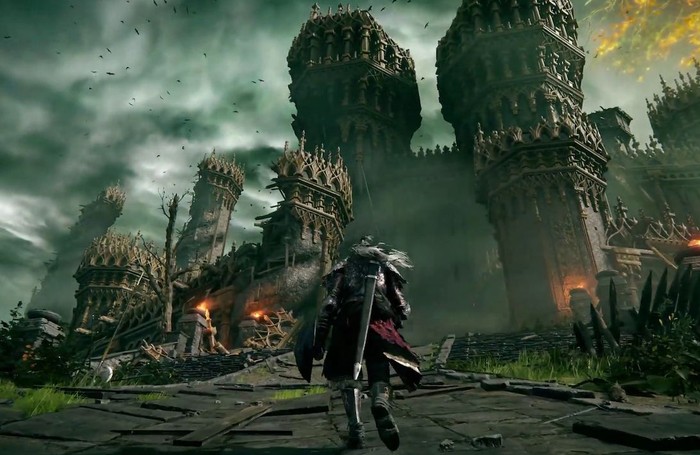 Gamers wondering how the new Elden Ring Beta runs on older generation PlayStation 4|Pro and Xbox One|X consoles will be pleased to know that the team over at Digital Foundry have put together a new video testing the performance you can expect from the game in its beta release. Elden Ring is a new open world upcoming action role-playing game which will be officially launching on February 25, 2022 providing both single player and multiplayer modes on a wide range of platforms including Microsoft Windows, PlayStation 4|Pro, PlayStation 5, Xbox One, and Xbox Series X/S.

“Elden Ring takes place in the realm of the Lands Between, sometime after the destruction of the titular Elden Ring and the scattering of its shards, the Great Runes. Once graced by the Ring and the Erdtree which symbolizes its presence, the realm is now ruled over by the demigod offspring of Queen Marika the Eternal, each possessing a shard of the Ring that corrupts and taints them with power. As a Tarnished—exiles from the Lands Between who lost the Ring’s grace—summoned back after the Shattering, players must traverse the realm to ultimately find all the Great Runes, restore the Elden Ring, and become the Elden Lord.”

“As a cross-gen title Elden Ring’s tech must scale to seven platforms – an unprecedented number that includes base Xbox One as its minimum spec. How does such a vast game world translate visually though? Equally, can the PS4 Pro and One X deliver a locked frame-rate, or is it swinging between 30 and 60fps? Tom returns for a second round of Elden Ring testing to find out. “

Elden Ring is being developed by FromSoftware and published by Bandai Namco Entertainment.