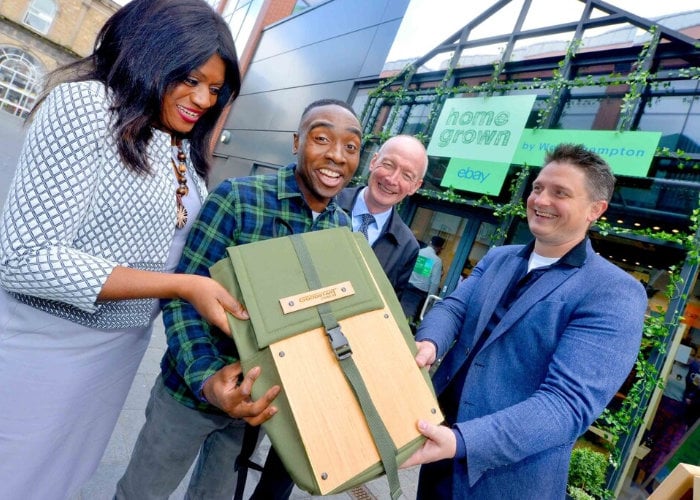 Ebay has opened its first UK concept store in the United Kingdom allowing customers to use QR codes to purchase items from eBay sellers. The new eBay store is located in Wolverhampton and currently supports 40 small businesses as part of its Retail Revival programme. As well as selling products the experiential space will also provide visitors with a series of free, interactive workshops and training seminars.

Vice President of Ebay in the UK Rob Hattrell said: “The small retailers taking part in Wolverhampton’s Retail Revival have already shown that physical and online retail can survive – and thrive – together. They have achieved more than £2 million in sales as of March and many have employed more staff as a direct result of the partnership. This pop-up store aims to take that growth, and the value of this programme, to the next level. It will explore how stores of the future could combine technology with that vital human connection to powerful effect – whatever the size of the business.”

Research conducted by Development Economics revealed that 25% of small retailers across the UK do not have an ecommerce site. The store is part of Ebay’s Retail Revival pilot scheme launched last September. In the year-long programme, Ebay works closely with 64 local businesses to help maximise digital sales and promote how online and physical retail can thrive in combination.