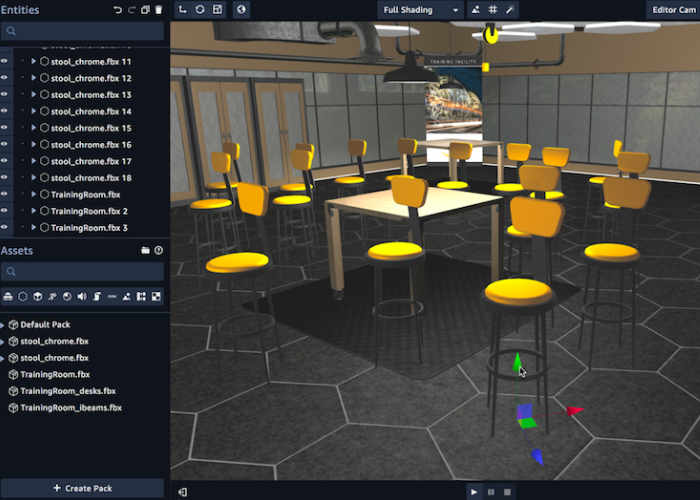 Amazon has created a new application which has been designed to provide the fastest and neediest way to create virtual reality, augmented reality and 3D experiences in the cloud. Amazon Sumerian As a new service that enables developers to build applications for a variety of different platforms such as high-end VR headsets in the form of the Oculus Rift and the HTC Vive or less powerful smartphone driven solutions depending on their preferences and target audience.

Amazon Sumerian lets you create and run virtual reality (VR), augmented reality (AR), and 3D applications quickly and easily without requiring any specialized programming or 3D graphics expertise. With Sumerian, you can build highly immersive and interactive scenes that run on popular hardware such as Oculus Rift, HTC Vive, and iOS mobile devices (support for Android ARCore coming soon). For example, you can build a virtual classroom that lets you train new employees around the world, or you can build a virtual environment that enables people to tour a building remotely. Sumerian makes it easy to create all the building blocks needed to build highly immersive and interactive 3D experiences including adding objects (e.g. characters, furniture, and landscape), and designing, animating, and scripting environments. Sumerian does not require specialized expertise and you can design scenes directly from your browser.

– AWS Sumerian is a new service that allows developers to build AR, VR, and 3D apps for a variety of platform such as the Oculus Rift and the HTC Vive.
– Sumerian doesn’t require any extensive 3D graphics expertise, and can be used by a broader group of professionals to create valuable experiences.
– Sumerian includes a web-based editor, a scripting library, and an asset library to make it easier for developers to build experiences that could help with corporate training, field service, and more.

Jump over to the official Amazon Sumerian for full details by following the link below.