In last August EA announced the development of a new iOS version of its popular Battlefield games. Now without any warning EA has dropped Battlefield 3: Aftershock into the US iOS App Store.

The new iOS game released by EA is now available to download for free but hasn’t brought with it any of the mentioned modes or features which EA was touting back in August and during its previews. 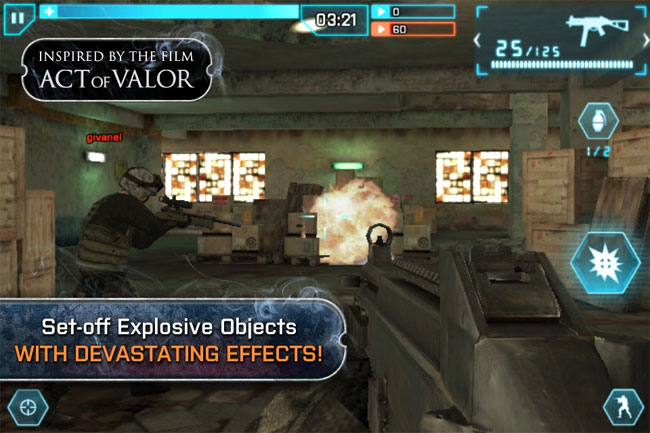 Battlefield 3: Aftershock is currently only available to play in multiplayer modes and no single player game has been enabled or included at this time. Other features missing include the “Horde-like” wave mode and EA has only added 4 different weapons at this stage, including your knife.

It seems that the game might have been released a little ahead of schedule as there doesn’t seem to be any way to ad any extra features either, via playing or payment. But if you fancy giving the multiplayer a go Battlefield 3 : Aftershock now available to download from the US Apple iTunes App Store for free.