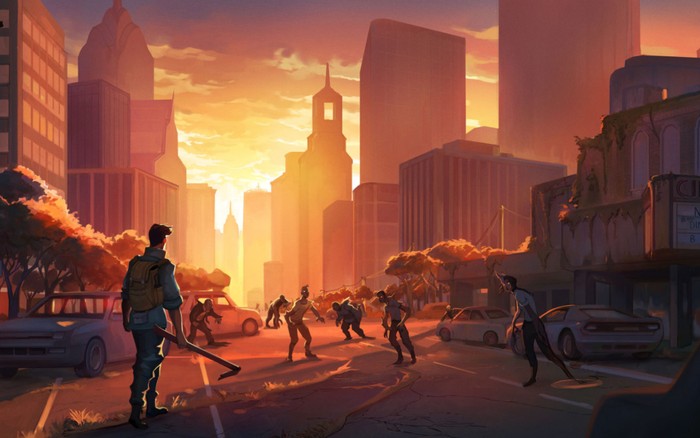 Indie game Dysmantle created by the development team at 10tons has today launched on the PlayStation, Xbox, Switch and PC platforms and is now available to play on the PS4 and PS5. Sampo Töyssy Vice CEO at the game studio has taken to the official PlayStation blog this week to reveal more details about what you can expect from your journey to escape a doomed island.

“As you ascend from your shelter after the long long years, a brave new old world awaits you. A world inhabited with nasty and vile creatures. A world with no other human soul to be seen. A world with nature in its reigns now. A world that’s about to get even worse.”

This is how Dysmantle begins. The world might be getting worse, but the team at 10tons wants you to be able to relax and enjoy it. Post-apocalyptic survival games are usually dark and grim, but we wanted to do something different. If you are tired of starving to death in a bleak landscape, you can start Dysmantling! Your basic action is to tear down everything you see. Might be you need a bigger hammer for that sweet radiator you found, but eventually you’ll get them all.

In addition to dismantling everything, there’s a lot more you can do. You can fish, farm, explore, fight, craft, build, hunt, cook, and even tame animals. You can build a completely satisfying and relaxing post-apocalyptic life inside Dysmantle.”

“Personally I enjoy fishing in real life. And there are many opportunities for that in Dysmantle, too. You’ll obviously need a fishing rod first. There are a few additional items you can craft, but after that it’s mostly about finding the best locations. After reeling catches in, you can cook up powerful items with the rarer fish. We’ve developed the game in “early access” mode on PC for over a year and we’re ever-thankful to our early access players. We’re so proud to be releasing the robust PlayStation version , which already has all the bells, whistles, and polish. “

“In addition to fishing, you can also tame animals (which isn’t a skill yours truly possesses). In Dysmantle you can befriend the animals running around the wilderness with the skill Animal Friend. Each skill level makes the animals less and less afraid of you, and also unlocks some new interaction features. You can also craft animal treats to feed the animals. Once fed, you might find you’ve become quite popular with the animals as they follow you around. You can expand your selection of animal treats, and can lead a whole flock wherever you fancy.”