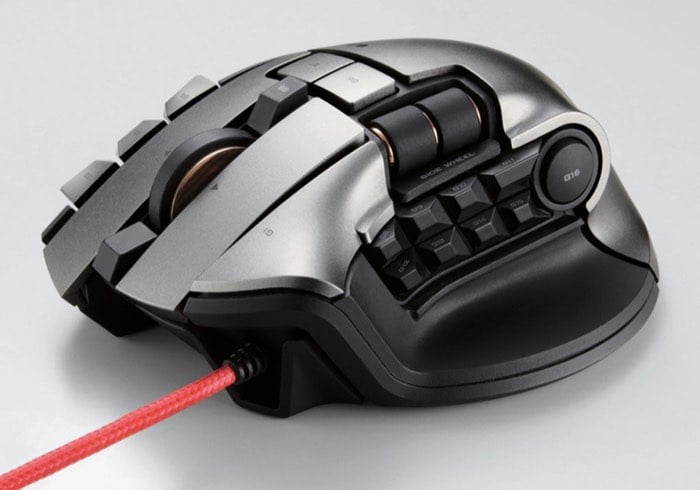 A new gaming mouse designed for MMORPG gamers has been unveiled this week by Elecom that comes equipped with 19 buttons and to scroll wheels all of which can be programmed to create in-game shortcuts.

The new gaming mouse is also fitted with a high speed sensor for quick mouse movements and is priced at 14,210 yen or roughly $116 and is currently available to purchase in Japan. Although no details on worldwide availability or international pricing has been announced as yet.

Another useful feature of the gaming mouse allows it to be used with two computers at the same time enabling the user to toggle back and forth between them using both a wired and a wireless connection. Enabling gamers ‘two box’ different characters at the same time.

The new gaming mouse is part of the Elecom’s “Dux” line has been specifically designed with MMORGP gamers in mind that require a large variety of different macros during gameplay. As more details about availability are announced we will keep you updated as always.