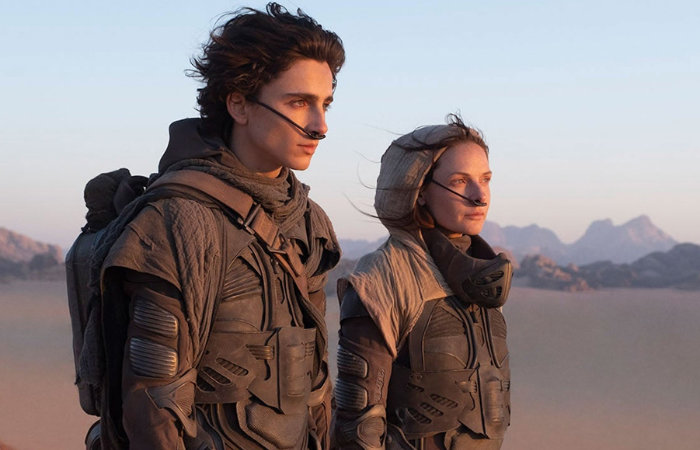 Warner Bros. has released a new trailer for the upcoming and highly anticipated Dune film starring Timothée Chalamet, Rebecca Ferguson, Oscar Isaac, Josh Brolin, Stellan Skarsgård, Dave Bautista, Stephen McKinley Henderson, Zendaya, David Dastmalchian, Chang Chen, Sharon Duncan-Brewster, Charlotte Rampling, Jason Momoa, and Javier Bardem. Dune will premiere on September 3rd 2021 at the 78th Venice International Film Festival followed by theatrical release on October the 22nd 2021 and will be simultaneously released on the HBO Max streaming service for 31 days. Unfortunately, HBO Max is not currently available in the UK but Dune might be available to stream via Sky, we will keep you updated.

“In the far future of humanity, Duke Leto Atreides accepts stewardship of the dangerous desert planet Arrakis, also known as Dune, the only source of the most valuable substance in the universe, “melange” (also called “spice”), a drug that extends human life, provides superhuman levels of thought, and makes faster-than-light travel practical. Though Leto knows the opportunity is an intricate trap set by his enemies, he takes his Bene Gesserit concubine Lady Jessica, young son and heir Paul, and most trusted advisors to Arrakis. Leto takes control of the spice mining operation, which is made perilous by the presence of giant sandworms. A bitter betrayal leads Paul and Jessica to the Fremen, natives of Arrakis who live in the deep desert.”