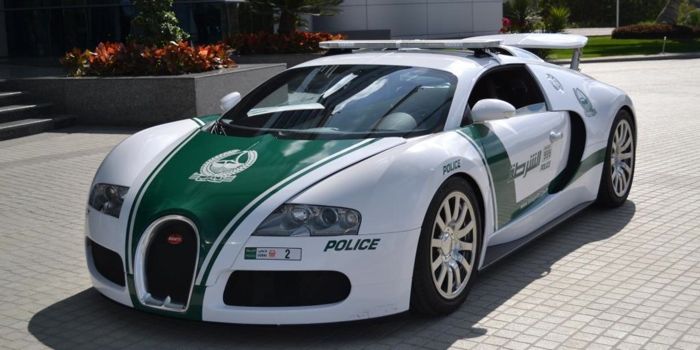 The world’s fastest police cars are are driven by the Police in Dubai, we recently heard that they Dubai Police would be using Google Glass, and now we get to have a look a some of the supercars they use.

The Italian Police recently got their hands on the Lamborghini Huracan LP 610-4, but from the looks of the video the Dubai Police have the most impressive fleet, which include a Bugatti Veryron, a McLaren, some Ferraris, Lamborghini’s and even an Aston martin 177, have a look at the video below.

The Dubai Police certainly could catch any criminal in these supercars, although they are used for PR rather than chasing car thief.

Heralded as the most progressive of the Arab police forces, they drive the fleet to various tourist attractions in Dubai as a means of connecting with citizens and tourists. Its also another way for Dubai to flaunt their enormous wealth.

I don’t think I would fancy working for the Police, as its a tough job, although if I lived in Dubai, it might see things differently, especially if you got to drive one of these awesome police cars every day. I wonder if they fight over who is going to drive the Veyron every morning.