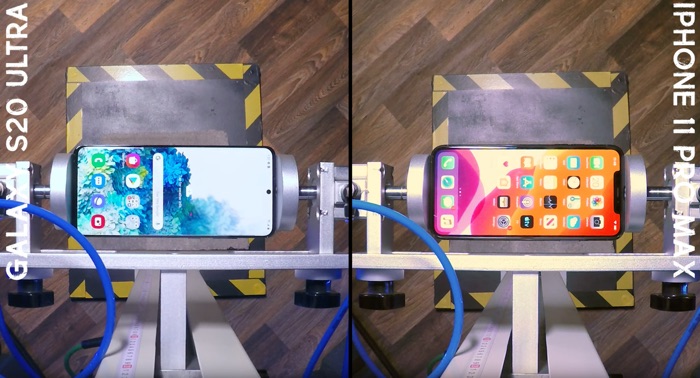 In the video below we get to see the new Galaxy S20 Ultra take on Apple’s iPhone 11 Pro Max in a range of drop tests. Which one will come out best? Lets find out.

As we can see from the video the glass on the back of the iPhone broke on the first drop on its back whilst the Galaxy S20 remained intact.

Both handsets also did fin with the corner drop with no major damage to either device. In the face drop both phones were damaged although the iPhone suffered more damage than the Galaxy S20 Ultra.