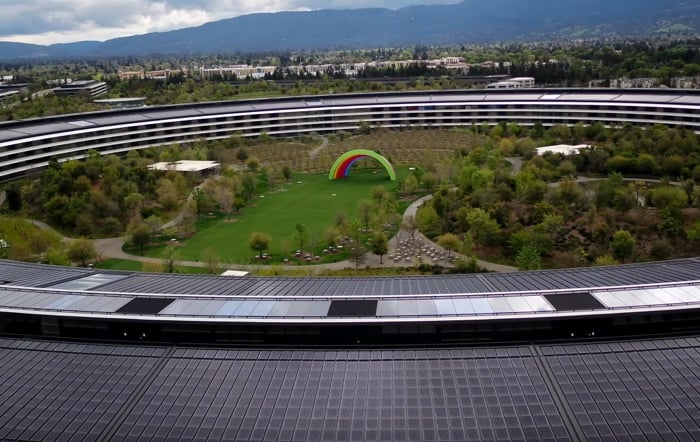 When the Apple Spaceship campus was being constructed we got to see lots of drone videos of the build, many of the ones we saw previously were shot by Duncan Sinfield.

With the Apple Park now closed due to the cornavirus outbreak and Duncan has shot a new video which gives us a look at the empty campus.

This looks similar to the videos we saw whilst the Apple Campus was being constructed, although now it is fully finished and in operation.

It does seem a little weird seeing it comp0letely unoccupied, the majority of Apple’s employees are at home during the virus outbreak. There are apparently some employees still workin at the park who have essential roles.